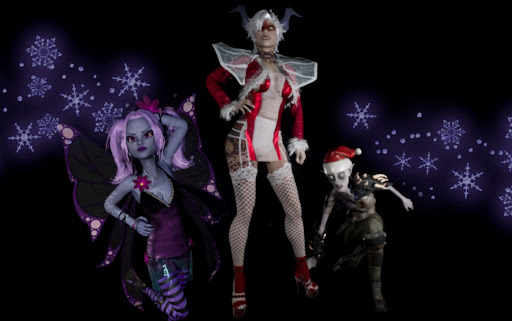 Let’s start with the cutest thing you’ve ever seen on itch.io. No, it’s not a Hatsune Miku game (though that would certainly take the cake). Rather, it’s Bunbons! A virtual pet thing that seems to be as simple as Tamagotchi, just with much cutter, bunneh-inspired, critters. 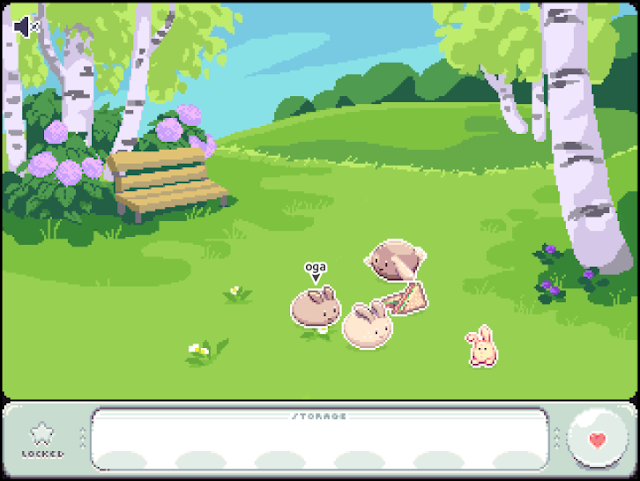 You can play this in your browser, and all you need to do is feed your Bunbons, play with them, and help them to make friends. Just like the Tamagotchi critters, really. If you do a good enough job with your Bunbon then they can go to space! How exciting! Anyhow, it’s totally free to play and the developers have even supplied the source code, so just play the thing. It’ll probably last you around ten minutes, but you’ll be going “dawwwwww cute” the whole time.

From the cute to the nightmarish, here we have a horror game set at Christmas. I know that that might sound like mutually exclusive genres, but there has been something of a lift in horror-themed Christmas films (think Krampus), so why not bring that to games? Operation Polar Express is a free one, and it looks like a spot of spooky holiday fun.

The game’s concept is simple; the elves are packing the presents and Santa is going over the last of the paperwork before embarking on his busyist work day (or night), but something sinister is about to invade and turn the joy of the season into a complete nightmare and ruin Christmas for all. Accross a couple of short chapters you need to fight back against this vile threat, and save the holiday season for everyone. It is the most noble of all causes at this time of year, I think we can agree.
Fire of Rebellion III

This game threw me down quite the rabbit hole. It’s play-acting as being a lost sequel to a forgotten classic NES game, and the description really sold me on it – it was just the right mix of the ridiculous and the believable to think that it was a quirky product write-up. So I went Google searching and realised quite quickly that Fire of Rebellion III was a submission for a game jam all about making fake sequels to fake long-lost games. Well done to this developer, because they sold the fantasy to me. 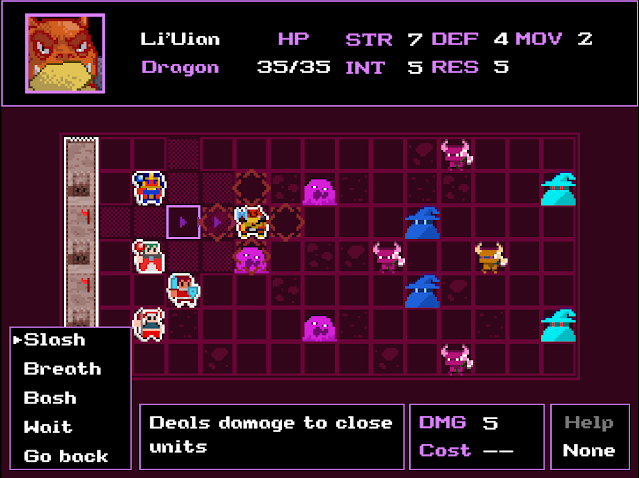 Putting that aside, it does look like quite a good little game, being somewhat inspired by Fire Emblem from back in the day. You command little characters around a grid map as they bop one another and… I don’t know much else beyond that. It’s totally free to play though, and has some lovely retro-themed art. Give it a go!
Sleepi Boi Can’t Sleep

Finally for this week we have Sleepi Boi Can’t Sleep, a 3D puzzler that looks like it has been inspired by Fez, for the way that it situates its puzzles around a rotating 2D environment. The game is a short little thing where you need to help the titular character, Sleepi Boi, to fall asleep, exploring his house as you do that.


The game caught my eye thanks to its really lovely aesthetic, with the 1-bit-like environment and character models being brimming with life and detail. You’ll be playing this one entirely in-browser, and it’s a little too limited at the moment, but I do think there is a world of potential in there, and hopefully this is an idea that the developer continues to work on.