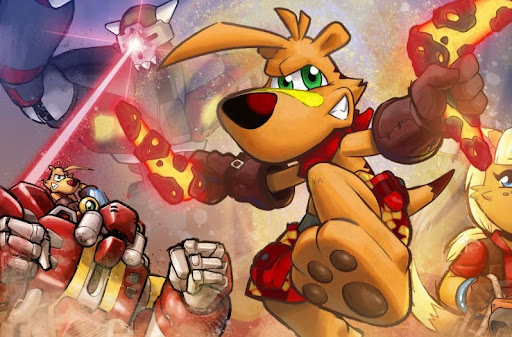 It has been a big couple of years for the local games industry. The industry weathered COVID-19 well, despite it hitting so many other sectors so hard, with people turning to games as a way of staying socially connected and entertained through long lock downs and social distancing.

Furthermore, 2021 was significant for the Australian games industry because the federal government finally saw value in the sector and has started to invest in it, providing new opportunities for local talent and studios.

We sat down with the CEO of indusrty body, iGEA, Ron Curry, to ask him a couple of quick questions in response to iGEA’s annual reserach project, DA22 (the results were launched in mid-October), and discuss some of the implications of the research, and opportunities for the future, for the Aussie games industry.

Matt S: The kinds of games that people are playing are changing. How are Australian developers adapting to this?
Ron C: We haven’t measured genre for some time as it’s often difficult to define and lacks a universal understanding with the survey contributors, however, we brought it back in DA22. The result showed casual games are the most popular genre, followed by action than adventure. The myth is often that FPS games dominate, and this certainly wasn’t the case in DA22. As audiences for games expand, so does the demand for different types of games and that is where developers can take advantage of new audiences. Australian developers already create a wide variety of games and, in turn, cater for a wide variety of audiences.

Matt S: How are Australian game developers faring in adapting to these changing player trends globally – are there new opportunities opening for Aussie game developers?
Ron C: The wide variety of games being made in Australia is evidence that developers are monitoring global audiences and have them front of mind when creating games. We see Australian game developers working on big global franchises such as Battlestar Galactica, Call of Duty, The Sims Freeplay, The Oregan Trail, and World of Tanks through to their own IP – best highlighted via the list of AGDAs finalists, which also includes great locally created games such as Unpacking, Topography, The Artful Escape, Webbed, and Pico Tanks.

Matt S: Another statistic that caught my eye is that 8/10 people want to see more diversity in games. From your perspective what is the local industry doing to encourage greater diversity in game development?
Ron C: The local industry, and in fact the global industry, is working on a lot of initiatives to create more opportunities for diversity whether it be within games or those that create games. We have a study in the marketplace now which tracks diversity in terms of gender which we hope is improving and will have the results next month. We were encouraged by our GCAP stats which saw a much higher attendance from women and non-binary people this year.

Matt S: It has been great seeing governments at both state and federal level taking greater notice of games. Congratulations on the lobbying work! When can we expect to see this start to have a positive impact on the local industry?
Ron C: Thank you! Since the announcement of the Federal Digital Games Tax Offset we have seen two additional states (NSW and QLD) commit to funding the game development sector through the provision of specialised game incentives. All levels of government are consulting closely with the industry to ensure these incentives are fit for purpose and that alone provides levels of confidence that we haven’t seen for some time. Right now, we are also seeing more jobs being advertised locally than we have in years which also suggests things are heading in the right direction for the sector.

We will continue to advocate for an interactive games fund however to ensure all studio sizes across the ecosystem are receiving the benefits of government support.

Matt S: The games industry has been one of the few spaces that has generally benefitted from the socio-cultural shifts caused by COVID. Do you have any indication on whether this boost will be long-term, or will the interest in gaming ease back a little from here?
Ron C: We’ve seen a few reports that suggest that play time will ease off a little post-pandemic but our members tell us they expect games to remain a core part of the entertainment mix for consumers.

Matt S: For its size and scope, one challenge that the games industry has is that there are still some sour attitudes towards gaming within the mainstream (even by those who would likely have played games). We see this with the ongoing challenges that the industry has to address addiction and potential issues around some of the monetisation models. In your view, how can the games industry better engage with those elements to be considered the same valuable cultural product that film or literature is?
Ron C: There is always going to be people who struggle to understand or engage with the medium. However, we believe that the industry should be providing evidence-based research about the content and business models of games, coupled with continual education and support tools not only for those who play, but parents and caregivers so they are able to make informed and considered choices around managing game play.

Games are significantly culturally valuable. Unlike film or literature, they have the power to immerse the player in a rich multi-sensory experience. For example, Eastern Market Murder lets you examine a real historical event, in a real city, in person via AR. This shows the potential that games have for preserving culture and telling deep stories that players can engage with.

Matt S: Where do you see the best opportunities for local game developers looking forward?
Ron C: The opportunities really are endless in terms of global audiences, the demand for different types of games and the fact that games technology is powering so many other sectors and industries. The future is bright for game development!