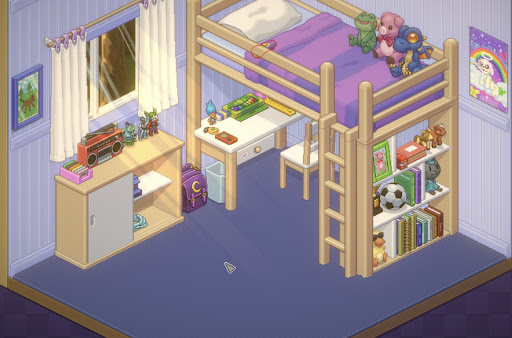 It’s happened again, folks. As utterly exhausting and cyclical as this is, another developer had the audacity to release a game that was the right length for what they wanted to do, and here we are having the conversation about whether short games can be good, actually.

The culprit, this time around, is Unpacking. It’s a humble little game by the same (Aussie) developer of Assault Android Cactus, and it has been very warmly received. As a zen-like puzzle game about the experience of moving, it’s warm, relatable, and by all accounts a delight in execution (we haven’t got a review on DDNet yet, but we are working on it!).

“Unfortunately,” there’s also around four hours worth of raw content in Unpacking. Cue the useless tantrums.

“It’s beautifully stylised, tells a warm little story, and you find yourself very attached to the character’s life dolt through their possessions very quickly,” writes one user brain-splat. “What little content there is is (sic) beautifully put together, there just isn’t enough to justify picking this one up for full price… lovely little game, but I just can’t recommend it because of hour little content it has.”

At the risk of becoming an Unpacking shill account, I’m fuming the top Steam review is negative because of the price.

Give me a tightly focused five-hour game for $30AUD every day of the bloody week. It’s nothing new, but the perception of value in games is deeply warped. pic.twitter.com/giCpeeaWJw


I saw red. Like the most temperamental bull in all the land that spots a dude wearing a bright red jumper, this kind of brain-splat infuriates me, because, as usual, it’s a case of the gamers demonstrating a completely warped understanding of both how art works and how art is valued. In doing so they’re actively trying to ruin art for everyone else.

I know I’m very much beating a drum I’ve already pounded so hard that it has holes in it with this little op-ed, but it’s worth repeating because this industry and its consumers continue to slide in the wrong direction. And so, to repeat the foundations of my very well-worn argument:

There should be no expectations about how long a game should be. What should be important is whether the game is complete within whatever its runtime is. Length and completeness are very different things. A haiku is as long as it needs to be, and does so in three lines. War and Peace is as long as it needs to be in its 1,225 pages. A haiku doesn’t need to be as long as War and Peace to be complete, and War and Peace doesn’t become any more complete were it to be edited down to the length of a haiku. See? Length and completeness are completely different terms. Of those two words, one is superficial and irrelevant to the quality of the artwork. Take a wild guess which of the two I’m talking about (hint: haiku are not bad art because they’re three lines long).
To bring it back to games: no one (rational) has suggested that Unpacking is an incomplete experience, and even the irrationals – like galaxy brain up there – acknowledge that this is a touching game that they’ve connected with. If it was incomplete you wouldn’t have had that effect on people.
But do you know what hurts a complete game? Padding it out so that it’s longer than it needs to be, to appease some arbitrary concept of “minimum length” that the gamers have pulled out their collective arses. In fact, padding out a complete game makes it very much incomplete because now, all of a sudden, you’re got something in desperate need of a hard edit.
To make some comparisons here: You don’t make a $200 bottle of wine better value by adding three litres of water so that you now have four bottles of wine. No, you do that and you ruin the wine. You wouldn’t improve a Stanley Kubrick film by uncovering a box of cutting-room footage and stitching it in so that you double the length of the film. In fact, you’d ruin it because Kubrick cut the film to that length for a reason.

Pacing is a precious thing and a critical component of every artwork that every artist, in every field of the arts, needs to carefully consider. To hear the gamers talk, though, all that matters is that you keep shoving stuff in, endlessly, no matter what it is, and no matter what it’s actually adding to the experience. These people must look at the 14,000 or so episodes of Days Of Our Lives and see the greatest work of visual art of all time, because it’s the longest. The rest of us laugh at the thing that exists exclusively to fill the meaningless void that is life for really, really bored people. But the point here is that every single one of us can agree that it is content-rich. It’s spread over more than 700,000 hours, after all. I just did the maths. Jesus H. Christ. You actually want that in video games?

We can all agree that video games should provide good value for money. But do you know what good value for money is? Complete experiences that are memorable and impactful. I’ll remember Sumire’s three hours of brilliant, evocative and emotional art over however many games that I’ve played this year that are many, many times as long but offer a fraction of the artistic credibility. Sumire was “value for money”. The bloated wastes of my time were not.
And so, once again, I am begging you all to stop asking for games to be longer for the sake of making them longer. If a game is incomplete then sure, demand the developer actually finish it. Go nuts. But it a game is complete at four hours then realise that this isn’t a bad thing. This is a developer that actually cared about your time, and their work, enough that they focused on the art rather than the content.
Also, while I’m in a begging mood, for my very sanity please stop suggesting that a complete game that you’ve loved is “not worth it” simply because you’re not playing it endlessly. You’re not helping when you do that. If you loved it, it’s worth it.

On the games industry in Australia: 2021 and beyond