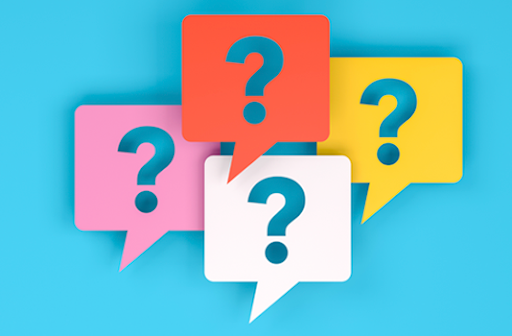 We thought we’d start doing a weekly poll at DDNet, and give people a chance to share their thoughts regarding various topical… topics. Each week on YouTube and Twitter we’ll have a different question, and then we’ll collate your thoughts and share the results each week.

This week we’ve got a poll that shows some fascinating data. We asked people which of the gaming platforms is the most supportive of indie games (aside from PC, of course, because the PC platform is streets ahead, and thanks to the likes of itch.io alone, it’s incomparable). 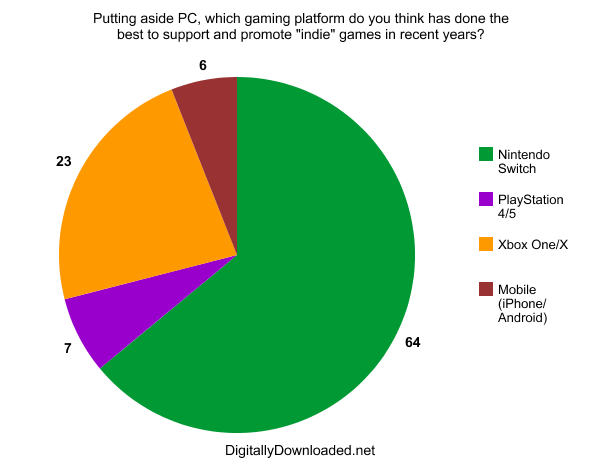 It is, perhaps, unsurprising that the Switch came out on top, with 64 per cent of all votes. Not only has Nintendo proven that the Switch platform is open to indie games of all walks (for better or worse, it certainly ranks second after Steam for sheer shovelware clogging up the “new releases” each week), but Nintendo does dedicate significant resources to supporting indies, hosting directs that are Nintendo game-free, to give the indies a chance to shine, and displaying key games prominently on the Switch news section.

It’s after that where things get interesting. The Xbox coming in a solid second, with 23 per cent of the vote, was a bit of a surprise. In speaking with people, they voted that way largely because Xbox has excellent tools (including free dev kits) that make it easy to get games on the platform. My concern with Xbox is that it also heavily promotes Game Pass, and subscription services are never good news for indies, but for now, at least, the developer-friendly environment gets the nod.
Sony’s thin seven per cent of the votes shows just how heavily the company has pivoted to the blockbuster. You might be able to publish indie games to the platform, but the perception is that Sony isn’t that bothered with helping you out. This is such a massive change from, just a few years ago, where you couldn’t walk around the indie section of TGS without having giant “Sony <3s Indies” banners smack-bang in your eyesight (Nintendo now sponsors the TGS indies section, even though Nintendo itself doesn’t show up at TGS).
Finally, the measly six per cent that went to Android and Apple is amazing, considering that I distinctly remember that mobile was heralded as this big breakthrough opportunity for indie developers. After the space got plagued by cheap, micro-transaction-laden games by big corporations, however, it became increasingly difficult to stand out as an indie. We’ll just have to wait and see if the Apple Arcade turns things around there. The initial signs are not bad.

Anyhow, that’s enough analysis! Thanks to everyone that voted in the poll, and we’ll be back with another one at the end of the week!

October 2021 Podcast: Where we talk about the use of islands in video games