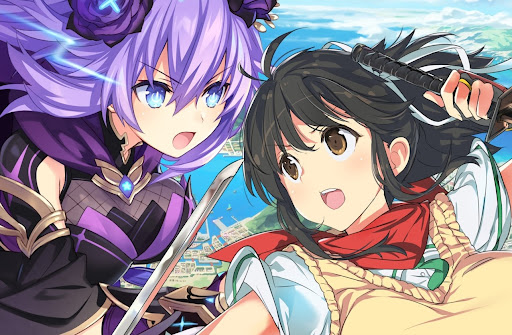 The upcoming fanservice spectacular, Neptunia x Senran Kagura: Ninja Wars, will release on October 26 in North America, and October 29 in Europe. This one will be exclusive to the PlayStation 4 (at this stage).

To recap, this game will, as the name suggests, bring together the characters of Senran Kagura and those of Hyperdimension Neptunia. You’ll be able to play as one of ten different characters (including two all-new characters), and the game, which has been developed by Tamsoft, with no doubt be familiar to anyone who has played one of Tamsoft’s previous Neptunia or Senran Kagura action JRPGs.

Oh, and there’s a “Peaches & Cream Meditation” mini-game. This should leave you no doubt as to whether the game will continue the fanservice traditions of both respective properties.

We’re looking forward to this one!

Here’s the September issue of the Dee Dee Zine covers!