The first three titles in the Final Fantasy Pixel Remaster series – Final Fantasy, Final Fantasy II, and (for the first time in the west) Final Fantasy III – launched at the end of July, yet it’s already time to prepare for the next. You’ll be shocked to learn it will be Final Fantasy IV, right? We don’t have a trailer, unfortunately, but here are a couple screenshots to whet your appetite: 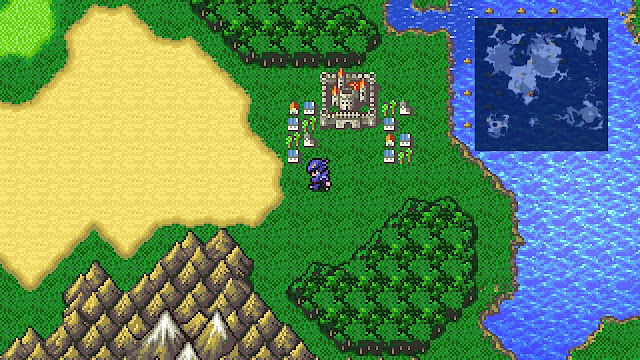 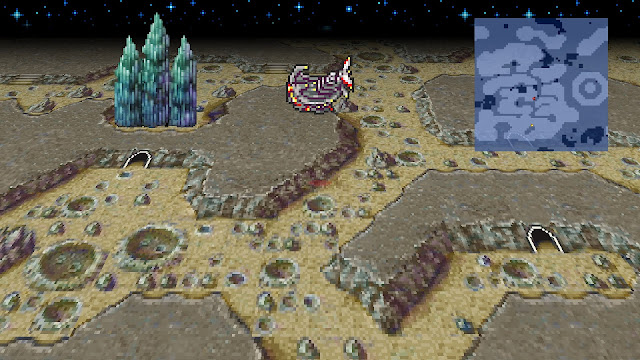 An elite airship has been sent to attack countries surround the Kingdom of Baron. The ship’s captain, Cecil, rebels against the tyrannical Baron with the help of Kain the dragoon, Rosa the white mage, Rydia the summoner, and more. To do so, he needs to acquire crystals. The game was the first to introduce the active time battle system, which is a fancy way to say it’s turn-based yet more urgent. Extras include a bestiary, illustration gallery, and music player.

Developed and published by Square Enix, Final Fantasy IV will join the Final Fantasy Pixel Remaster series for iOS/Android and PC via Steam on September 8. It is a remaster of the original game, not a remaster of a remaster, and as such may lack content known by those who have played the versions between the original and the Pixel Remaster. There is a pre-order discount of 20% available on Steam, and it also includes three special music tracks and two wallpapers. Honestly, I think it’s a bit of a waste this series isn’t being released on console, but what can you do?

I Am Fish to launch next month

It’s about to get fishy as I Am Fish will be released mid-September. The title, which shares a universe with I Am Bread and Surgeon Simulator,  is a dark fish out of water story in a physics-based action-adventure platformer package. It looks sweet and happy, but as we know, appearances can be deceiving. Here’s the new trailer:


Gameplay involves swimming, flying, rolling, and even chomping. The four protagonists will be doing things fish shouldn’t be able to do, like crossing roads, moving unnoticed through a night club, navigating needle-filled sewers. They also need to avoid wildlife that wants to eat them, but that’s a more normal occurrence for fish. Luckily, they’ll be able to use items found along the way to help. I Am Fish started as a prototype, which is quite common for the developer. Lead game designer Luke Williams explains what changed from then until now, stating, “for the full game, we knew we wanted to expand it beyond just a fish in a bowl, both mechanically and thematically. I think players will enjoy seeing the precarious situations these fish will get into!”

Developed by Bossa Studios and published by Curve Digital, I Am Fish will launch on September 16 for PC via Steam/Microsoft, Xbox Series, and Xbox One.

Bad news: Alfred Hitchcock – Vertigo is delayed, at least when it comes to its console release. The game is described as “a new kind of psychological thriller” and walks the line between reality and fantasy. The original story is most definitely inspired by the film the game is named after, but should have some surprises in store for us. There’s good news too, as a new trailer has been released!


The narrative is dark, about obsession, memory, manipulation, and madness. It follows Ed Miller as he emerges, completely unharmed, from a car crash down the side of a canyon. Nobody else was found in the car, but he steadfastly claims that his wife and daughter were with him. A wife and daughter that can’t be proven to exist. As a result of his trauma, he begins experiencing severe vertigo (basically an extreme, repetitive form of dizziness). He begins therapy to try and uncover the truth. The story is told through the eyes of three characters, each with their own story (which means exploring multiple events at the same time to cross-check fact with fiction). In addition to the narrative, the visuals are also heavily inspired by the thriller genre in which Hitchcock excelled.

Developed by Pendulo Studios and published by Microids, Alfred Hitchcock – Vertigo is still set to launch on PC via Steam later this year. The console versions (PlayStation 5, PlayStation 4, Nintendo Switch, Xbox Series, and Xbox One) will now launch sometime next year.

Ozysoft has announced Project Buramato, a 3D action shooter platformer. The title is inspired by the high fantasy settings of Bornean folktales. It promises to be fast-paced. The developer has previously made horror title Pulang Insanity. Back to Project Buramato though; here is the announcement trailer:


There is minimal storytelling, with the focus instead being on atmosphere. It’s important to note that doesn’t necessarily mean there’s no narrative, more so just that it is told via what the feeling is versus through words and actions. The gameplay is shooter-based, albeit with magic. The enemies are mystical creatures. The game has a semi-open world.

Developed by Ozysoft, Project Buramato will be released for PC, PlayStation 5, PlayStation 4, Nintendo Switch, Xbox Series, and Xbox One sometime late next year. These consoles versions may not all actually make it to launch (things sure can change in 12 months). An alpha demo is expected towards the end of this year.

Re-discovering the PlayStation 2: Gaming really never got better than this