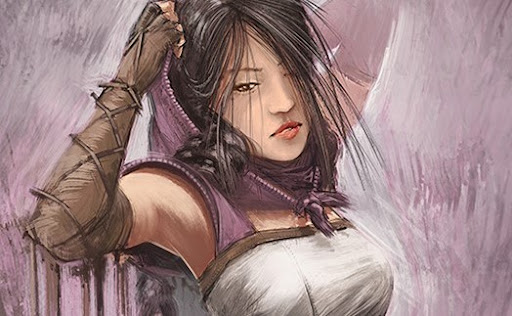 Shadow Tactics (by the same developer that produced last year’s Desperados III) is a deeply underrated game. We’re part of the problem here at DDNet. After all, we didn’t cover it on its release. But perhaps we’ll get a chance to make amends, because Shadow Tactics: Blades of the Shogun – Aiko’s Choice is on its way, and looking fine.

This is a stand-alone expansion to the base game. As the title suggests, you get to play as kunoichi (female ninja) Aiko, who is skulking around Edo-period Japan. Aiko has more than a few tricks up her sleeve, including the ability to disguise herself as a geisha, and she and her allies need to go “hunt down the ghosts of her past”…

Okay, look, Shadow Tactics never had what could be a good narrative, but this developer understands classical stealth action like no one else, and as you can see from this latest gameplay trailer, Aiko’s Choice looks like it’s going to do some great things to build on the superb foundation that the base game already provided. There will be three main and three “interlude” missions in the game, which should make for plenty of additional content to enjoy.

This expansion might be stand-alone but… why not go download and play the base game anyway? We might not have reviewed it, but it’s genuinely good stuff.

Kitaria Fables: It’s like Rune Factory with cats! I love it!