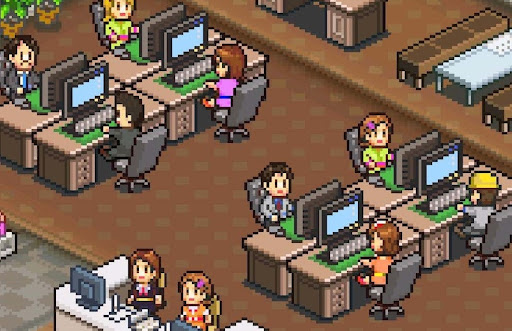 Retro by Matt S.
As gaming journalists, we get so fixated on the new big things that we often play games that we like at the time, rate them highly, put them down, and never really come back to them. That’s not to say these games are bad by any means, and there are games that I’ve given five stars to, will never play again, but still firmly believe deserve all those stars. It just means that those titles don’t necessarily have the longevity that we may have thought they did when we started to play them.

With that in mind, I thought I would start a new series on DigitallyDownloaded.net, in which we look at games that really do have longevity. These are games that were great the first time through, but for one reason or another are also easy to come back to over, and over, and over again. Games that we’ve had on regular rotation for a decade (or more). And I’m going to start this series with Game Dev Story. This is a humble little game in so many ways, and yet it is so difficult to put down. Eventually, you’ll burn out and take a break from it… but then you’ll find yourself tapping along again six months later. It comes to us from Kairosoft, which is a mobile specialist developer based in Japan, and this developer has since become synonymous with a huge having a huge range of super-casual mobile simulations. These days they all kind of meld together, and there are just so many of them, so it can be difficult to remember the kind of impact that Game Dev Story originally had, back when it was Kairosoft’s first title.

It was really a breakaway because title in so many ways, because not only did it did give people the experience of playing a simulation of a fun subject on mobile (run a game studio!), at the same time, Game Dev Story made it all accessible. This is a genre that is infamous for being challenging, unwieldy and largely for the hardcore, but Game Dev Story really turned things around there and gave everybody a chance to play a game that they would be able to enjoy regardless of the skill level. 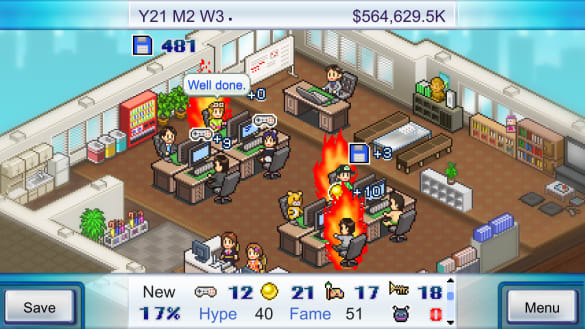 What makes it so compelling? It has a very short, simple loop, in that you effectively have just the one task in the game… and that is to create an endless stream of new games for the fictional gamers of Game Dev Story to consume. You’ll start out making truly terrible low-budget games, before slowly earning profits, selling more copies, growing the team, and making higher quality games. After selecting genre and gamplay type, your little development team will begin pounding away at their keyboards and, as they do so, little icons float above their heads to represent the various game statistics that they have enhanced through their work (creativity, gameplay, sound, graphics). After a period of time the game is 100 per cent completed, and you ship it to the waiting hands of journalists, who will give you a brief review based on the statistics that you have earned. The higher the stats, the better the score. You start out only being able to develop for PC, but soon enough you’re able to buy licenses for all the consoles, which gives you access to ever-bigger audiences, and while Game Dev Story doesn’t use real company names but the is quite obvious when you are developing for the Game Boy, the PSP, PlayStation 2, and so on and so forth.

The game ends after about 20 years of business, and your score is based on how many total units of games you have sold. At that point, you can always start a new game to try and get a better score, but that’s about all you can do in Game Dev Story.

There are two things that make Game Dev Story so compelling to me. The first is that the visuals are absolutely spectacular. They are cute, charming, colourful, and exactly the kind of thing that makes it very easy to tap on that icon over the other games on the iPhone. They’re completely non-demanding of the player, have a great sense of humour, and it is that quality that means that just about everyone can connect with the game (or re-connect, after a break) instantly. But the other thing that I find really compelling about Game Dev Story is those icons. In fact, every time I play Game Dev Story, an interesting thing starts to happen to me, whereby I start seeing my own work through the same abstract lens that represents work in Game Dev Story. Just as the little character on-screen mutters to themselves “I’ll just add this” as a flood of icons explodes from their brain, representing the creative juices flowing, so too do I find myself imagining an explosion of icons as I nail a review. It sounds silly, I know, but in its own hyper-cute way Game Dev Story does accurately capture the way work flows through us. 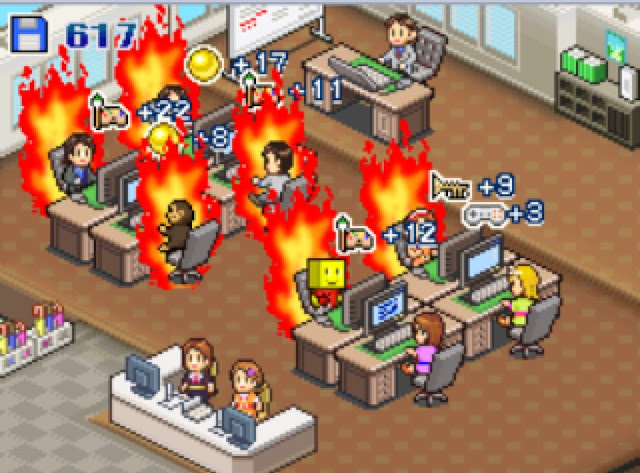 The only area that Game Dev Story is a little naive is that staff are allowed to leave work when they’re exhausted, while in the really real games industry that’s when the crunch just starts. Mind you, it only takes a second for the tired employee to pop back on screen, fully refreshed, for many, many more seconds of hard work – and that there would seem to be Kairosoft’s subtle little dig at the idealism of crunch culture.

Anyhow, most simulators don’t last me anywhere near ten years. Game Dev Story has done so, because Game Dev Story is the ultimate in non-demanding, high-reward gameplay. There’s no real way to lose in Game Dev Story. It’s almost impossible to run out of (in-game) money and I’ve certainly never seen the Game Over screen. There are much more genuine efforts at creating game developer simulators, but none of them have held my attention for anywhere near as long, and the reason is really so simple; Game Dev Story is just a joy to play, and no other game has managed to make me visualise my work in quite such a charming frame.