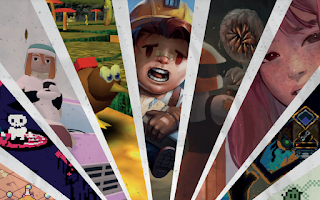 Interview by Matt S.
Super Rare Games has something really cool in the works; a limited edition “mix tape” of favourite ultra-indie games from itch.io. As most readers here on DDNet know, we love itch.io. Each week we do a feature where we highlight the wildly creative stuff that ends up on that platform. The reality is that for a lot of developers, that’s as far as it goes. Commercialising games is hard, and in many cases, developers that just want to create games (or art) don’t want to also deal with that.
Super Rare Games has hand-selected thirty games to go on a “mix tape”-designed USB, and be shipped out to fans. The developers get a bit of money, the games get preserved so that even if itch.io goes away the games won’t be lost to us. And in general the most arthouse and underground part of the industry gets a new opportunity for visibility.
We sat down with the architect behind the project at Super Rare Games, Ryan Brown, to chat about this project, its goals, and the value that itch.io brings to video games.

Matt S: What was the appeal of doing a physical collection of itch.io games?
Ryan B: Developers from the small indie game scene on sites like itch.io and GameJolt are frustratingly overlooked by the entire industry, but I’ve been invested in the scene for more than 15 years now, before the big commercial indie game boom, and I’ve always found it to hold some of the most creative ideas. There ars literally thousands of gems on this scene from incredibly talented developers who deserve to have their work seen and played far more than they do currently.

This idea is something I’ve wanted to do for many, many years, long before I started at Super Rare Games. I think physically preserving these indie games is important – nobody else is doing anything like this. I once had to email an indie dev a copy of their own game for a talk they were doing – it had long been removed from the Internet and they didn’t know anyone that had a copy of it anymore. That seems absurd to me. As with all Super Rare Games goods, I’ll be assuring relevant museums can archive a copy of each Mixtape too.

Matt S: itch.io has such an incredible range of games that have been released for it. How did you go about forming your “tracklist”?
Ryan B: Honestly, a lot of it is just personal picks! The project in general is a personal passion project, so while I’ve intentionally pitched for games that I think add to the overall variety in regards to their different genres and art styles, many are here simply because they came to mind! I have a list of hundreds and hundreds of games I’d like to physically preserve in the future, of all different genres and release periods, so fingers crossed we get to do that in the future.


Matt S: What has it been like working with developers to pull this collection together, given that itch.io also features so many passion projects and games by people who aren’t all that interested in commercialising their work. Did you run into any resistance along the way?
Ryan B: Every single developer I spoke to for this was incredibly humble, kind, and excited by the idea of the project, which was really touching. Each developer is paid a small amount for allowing their game to be included on the Mixtape, and of course, we hold absolutely no rights or exclusivity whatsoever, so I guess it very much felt like a ‘why not’ scenario for most developers to have their games physically preserved and to be sent a copy.
As you mention, the developers in this scene aren’t focusing on commerciality, which is what makes them such personally unique titles. I’ve been speaking with each developer for months and regularly updating them, and it’s been heartwarming to see their excitement just from mock-up images and photographs of whiteboard plans. There’s actually a Discord server set up with all the Mixtape developers in so I can update them all easily without having to take up too much of their time – part of this for me was that the developers really wouldn’t have to do much and they’d get their games seen & played by more people. Hopefully, the Discord can grow with future volumes into something really special!

Matt S: What do you think of itch.io itself? Obviously, you use the platform, but what strengths do you think it has in comparison to EGS or Steam?
Ryan B: Oh yeah, itch.io is wonderful. It’s DRM-free and lets devs take more of a cut if they’re selling their game on the service. But even for free titles, game jam entries etc, it’s just an ocean of creativity, where developers are making what they want to make, often unbound by the necessity of commercial viability.

For years now, I scrawl through all of the uploads at least once a week and download anything and everything that looks promising. Having done that for 15 years, even before the birth of itch.io with sites like The Daily Click, GameJolt, 64 Digits, and TIGsource, my hard drive has something like 40,000+ games from the scene on it now. Some of the brightest and best up-and-coming developers are from this scene and I’m honoured to help shine a spotlight on some of them. 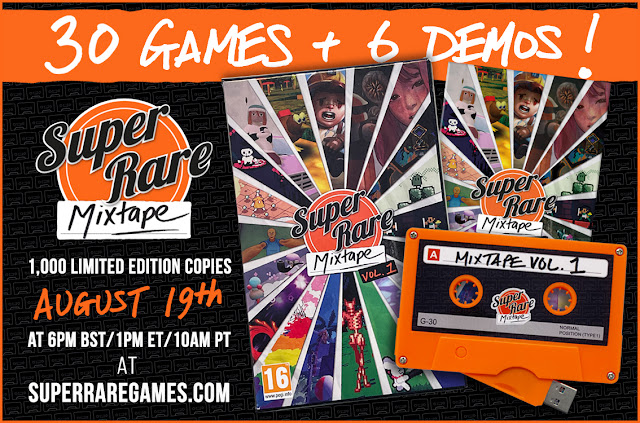 Matt S: This is the first time you’ve tried this kind of publishing project, but what kind of expectations do you have – who will buy it and why?
Ryan B: One benefit of this completely being a personal passion project means that, much like many of the developers from this scene, we’re not really worrying about commercial viability. We just want to highlight some of these devs and preserve these titles – if we sell out of Volume 1, we basically break even. With that said, of course I think this brand new idea has a lot of appeal! Indie game lovers, physical game collectors and preservationists, fellow indie devs, people who remember the days of PS1 and PC compilation and demo discs… that’s really the vibe we’re going with here.

There are so many games here that I think any casual gamer would find more than a handful that they’d enjoy, and they get an awesome collectible to keep and display too. I’d love to do plenty more of these for the foreseeable future, so fingers crossed people really take to what we’re trying to do here!

Matt S: I assume the future of the project depends on sales, but what kind of opportunity do you see for this concept? Could we have themed editions down the track (you should see how many VNs are on itch.io!)
Ryan B: My plan was to eventually do 3-4 volumes a year as well as themed editions; so that could be genre themes, or a Christmas, Halloween, or LGBT+ themed set. I have tons of ideas swimming around my head, but I think the standard volume format will always be the primary focus – as you say, it really all depends on whether Vol. 1 shows an interest in this concept or not. And if not, hey, I’m just thankful I got to realise my dream for even one volume.

Matt S: Can you tell me how you arrived at the aesthetic for the collection – it seems to me to be very street art inspired. Is there a reason for that?
Ryan B: Oh, that’s interesting! I was going for a general demo disc/mixtape-y kinda vibe, having grown up with PS1 demo discs and PC DOS compilation CDs. The cover art is actually inspired by the key art of Super Smash Bros. Brawl – I thought that the spiral effect would be a really cool way to show off most of the games in the package, and I wanted to make sure most developers had a spotlight on the cover.

There’s a lot of colour clashing, which I think is unconventional, but really adds to that cool mixtape, variety compilation pack feel. The aesthetic of the custom launcher follows this vibe too, and even has some tape cassette sounds for most of its buttons! 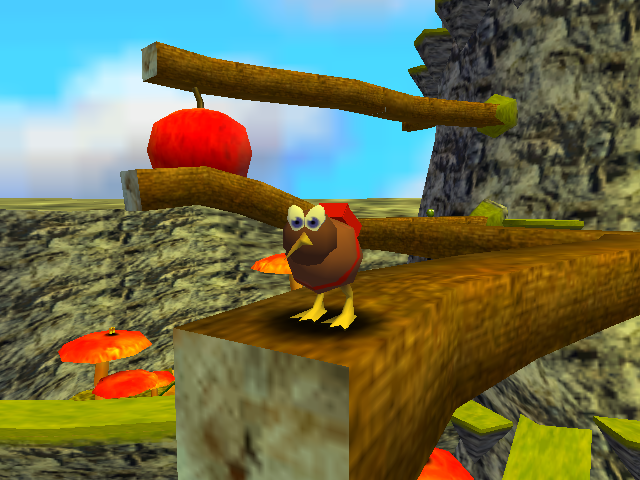 Matt S: The collection does seem to be very “western”-orientated. Was it just language barriers that made it difficult to reach out to, say, Japanese indies with games on itch.io?
Ryan B: Definitely not intentional – language barriers can, unfortunately, make projects like this complicated, but I have many non-Western games on my wishlist for future volumes that I’ll hopefully be pursuing!

Matt S: Why a USB drive rather than a disc?
Ryan B: Partially accessibility, as many laptops and desktop PCs no longer have CD drives, but virtually all of them have USB drives. The other part is really just for the cool tape cassette shape, which I think makes it a cool displayable collectible in its own right if taken out of the box. Basically, I just thought it looked cool!

Matt S: Finally, which of these games would you particularly highlight as the ones people should look at playing first?
Ryan B: Every game is on here deliberately for a reason to add variety, whether they’re long, short, have mass appeal, or are more experimental – every inclusion is intentional and worth checking out. Picking some examples though, Paint Game was the title I used for my internal pitch for the project; it’s basically a virtual colouring book that you can walk around. It’s something you don’t see in commercial indie games, which was really the key pitch point for me.

NO PLAYERS ONLINE, missed messages, and Emily is Away has already found success on the YouTube gaming scene – all super different games and their mass appeal is obvious to see. Lycanthorn is a fantastic retro-inspired FPS, and if people liked that, I’d love to work with the developer again to include the sequel in a future volume.
Lastly, pretty much everything from Pixel Archipel is gold dust and I think it’s only a matter of time before you start seeing them making stuff on the Switch eShop or something – they simply beam talent and I’d have been more than happy to buy any of their 4 games on Vol. 1 through a normal storefront individually.

The Friday Ten: Ten awesome Game Boy games that will never get re-released