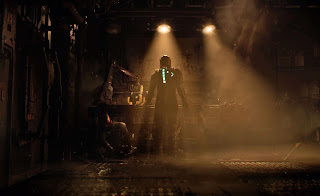 I’m a big fan of Dead Space. The original game did “action-horror in space” astoundingly well, and was an experience that was dripping with atmosphere, taut, intense and creative. Unfortunately, EA’s about to ruin all of that.

The publisher has tasked Motive – the developer behind Star Wars Squadrons – with remaking the original Dead Space. In a press statement announcing the game, the senior producer on the title, Phillippe Ducharme, threw up every red flag in the book: “We have a passionate team at Motive who are approaching this remake as a love letter to the franchise. Going back to the original and having the opportunity to do so on next-gen consoles excited everyone on the team. As we look to modernize the game, we’ve reached out to dedicated fans and invited them to provide us with feedback since the early stages of production to deliver the Dead Space game they want and for new players to enjoy as well.” (Emphasis mine).

So, rather than be a strong creative vision, as both Dead Space and the entire horror genre demands, the developer is instead focus-grouping the creativity (thus ensuring this will be a homogenised, content-driven experience). And we all know what “modernisation” means when “AAA-blockbuster” publishers like EA are concerned.

Expect this reboot of Dead Space to be a worthless, safe, content-driven game, made to appeal to everyone, and watch it launch, sell well, and then fade into the distant memories of everyone that played it. Because that’s the consequence to producing made for consumption stuff: it’s transitory. No classic work of art is produced via focus group.

If I’m wrong about all this, I’ll be all too happy to admit it, since it would mean that Dead Space is back. It would also mean that EA has bucked around ten years of business development to suddenly care about the art again, and that would be incredible. Anyhow, here’s a teaser trailer for you. The game will release on PlayStation 5, Xbox Series X and PC.

I did not know I wanted a Pokémon MOBA, but as it turns out, I do

Last chance! Win the brilliant EPOS B20, courtesy of EPOS and DDNet