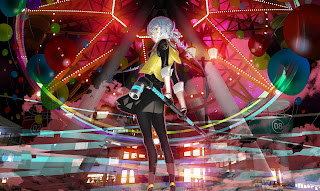 A-Set! A-Set! If you don’t know what I’m referencing there, then you haven’t played AI: The Somnium Files yet. You should probably remedy that because it’s one of the finest narrative games in recent years. Today, Spike Chunsoft has made the happy announcement that the game will get a sequel: AI: The Somnium Files – nirvanA Initiative.

The game will release on Nintendo Switch, PlayStation 4, Xbox One, Windows 10 Store, and Steam.

This game has an absolutely brilliant concept, too. Exactly the kind of weird noirish mystery that made the first so compelling. From the press release: Six years ago, the right half of a corpse was discovered under mysterious circumstances. The left half was never found…until six years later, when it was discovered completely fresh with no signs of decay, as though the victim was alive until just recently. Now, newly-appointed Special Agent Mizuki and her AI partner Aiba are tasked to solve the bizarre Half Body serial killings…


The game won’t release until “spring 2022” (that would be autumn for those of us south of the equator), but I’m going to count down the days for this one. I loved AI so much. And not just because of A-Set (though I’d be lying if I said she wasn’t a big part of it).