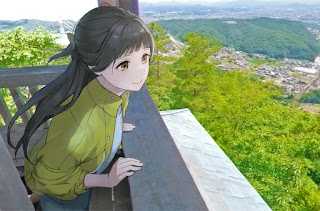 We can chalk this up as a game that almost certainly won’t get a localisation, but over in Japan, Nippon Ichi is set to publish a game from developer, Fog, that is looking truly wonderful. The game’s called Fuuraiki 4, and it’s a real-world visual novel game set in Gifu.

Gifu might not be the best-known part of Japan, but it’s actually one of my favourite places in the world. Gifu city is a smallish regional city (400,000 people), but an area of deep history (it’s where Nobunaga Oda started his career, and the great battle of Sekigahara took place in what is now a small village, 30 minutes away by local train). It’s a land-locked prefecture, meaning lots of, no coast, and a very unique food culture as a result of that (some of the highest quality wagyu comes from Gifu). Gifu City’s castle is so high in the mountains that you can actually see the curvature of the earth from it, and at the other end of the prefecture there’s a tiny, traditional village, Shirakawa-go, which is UNESCO-listed and beautiful.

Anyhow, Fuuraiki 4 is a love adventure game where you travel around Gifu and meet pretty girls. You can enjoy Gifu’s incredible landscape from every angle, captured by the developer with a full 360 degree camera. And yep, just from the trailer here I recognise a lot of this from my own travels.

Given that travel to Japan isn’t on the cards for quite some time for us Australians thanks to our government being hopeless with vaccinations and borders, the least Nippon Ichi could do is get NISA to localise this for us long-suffering Gifu fans.