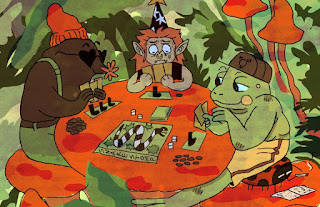 To me, Indiepocalypse is the epitome of what Itch as a platform offers. It’s a monthly project that brings together the most artsy and micro-indie games, bundles them up and throws in a zine for bonus measure. Everyone gets paid through the Indiepocalypse project, and for players it’s an opportunity to discover things that they truly would never have discovered otherwise.

This month’s games include Museum of Memories, which is a virtual art installation of computer-rendered objects that hold sentimental value to real people, I Was Here, a “walking simulator” about love, loss, and growing up, Espectro City, which allows you to explore a town of ghosts via a Macintoch interface, and my personal favourite, Homerun Miko, which takes Zelda, Anime and Baseball and somehow throws them together in a truly endearing way. There are 10 games in all, as well as the zine itself. All curated and packaged up for your enjoyment for just $15.
Gig Life

Corporations and CEOs love the “gig economy”, and that’s reason enough to be super-cautious about it. Basically, what the gig economy really is is freelancing for menial tasks, like deliveries, transport, and so on, and because they’re counted as freelancers, people who participate in this gig economy can be denied many, if not all of the benefits, that proper employees are meant to be given. Gig Life is a satirical commentary on all of this. 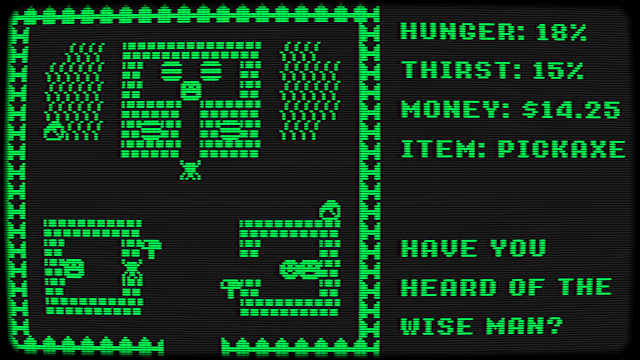 “Cut grass, make deliveries, break rocks, and more to earn enough cash to keep from starving,” the description says. “Complete all gigs and learn the secrets of the wise man who has years of gig work experience.” Gig Life has an appealing CRT lo-fi aesthetic, and it is promised to be the first in the “Small Style Series” – a line of non-connected and experimental budget title for PC. Hopefully, they all cover pertinent, poignant topics like this one.

A week can’t go by without me recommending a new visual novel on itch. It’s such a good platform for the genre. This week, for whatever reason, itch was really going off with hardcore sex-filled VNs (even more than normal, and normal is a lot). Some of them looked interesting enough, but the one that caught my eye this week was actually a humble little modest thing called Anise Flowers. It’ll only take you around 30 minutes to play through once, is totally free, and has a really lovely art style indeed. 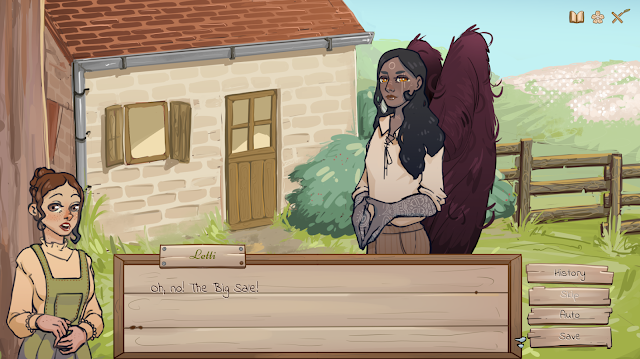 Though it is modest in scope – two characters, five backgrounds and “only” 5,000 words in length, the developers really went all the way to make this a case of quality over quantity. There are six endings to earn, and the characters are fully voiced – a heck of an achievement for VNs at this scale, I assure you. Above everything else, though, the aesthetic is just gorgeous, and I love the concept too, with a farmer and fallen angel thrust together to share a roof.

Escape The House Of Hell

Of all the many genres of horror, the “haunted house” is one of my favourites. There’s something inherently chilling about the space that most people find to be a sanctuary, like a house, inverted to become something so hostile to them. Escape The House Of Hell is a point-and-click adventure game that offers up escape room-like puzzles set inside a haunted house. 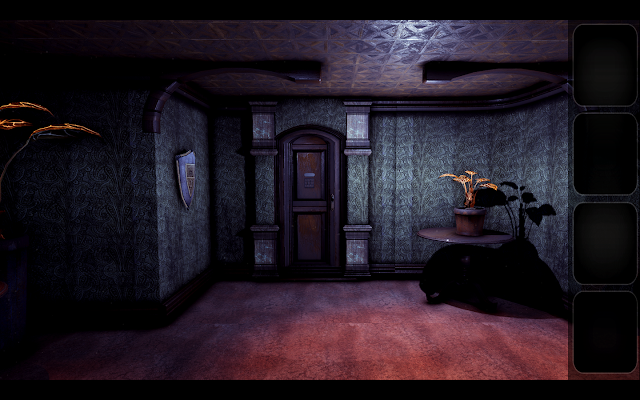 The concept itself doesn’t seem to be too original. You wake up in a haunted house with no idea of how you got there, but a pressing need to get out, and you need to figure out your way past any number of traps and locked doors. The developers promise over 70 interactive scenes, 3D graphics, and a simple point-and-click interface and puzzle design inspired by the genre’s heyday in the 90’s.