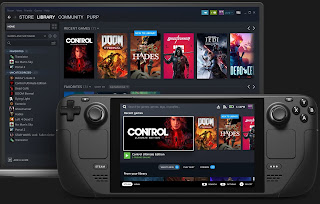 Opinion by Matt S.
Nintendo is doomed. It’s all over. Valve has entered the scene with a portable gaming console that is basically the “Valve Switch.” It’s going to ruin Nintendo just like when Valve destroyed Sony and Microsoft’s console business with its Steam Boxes. Remember them? Back in 2013 the headlines breathlessly promised is that Steam Box would “reinvent the home console as you know it.” And then there was Steam Link, the “best wireless HDMI gadget ever made.” That too was going to ruin all the other console businesses and make Gabe unchallenged king of the nerds.

Except, of course, Sony and Microsoft weren’t destroyed, and once you put aside the ridiculous hyperbole that comes from the corporate advocates that somehow wound up working for media publications, the Steam Deck is quite obviously not going to topple Nintendo. It’s a Valve device. That company is clueless when it comes to hardware.

On paper the specs are great: It’ll set you back around $US400, and you do get a good hit of processing power in it. It’s being pitched as the “play AAA-blockbuster games on the go” device, as though AAA blockbusters are desirable things worth playing (some strange logic there, if you ask me). As an additional “plus,” the whole device and OS has been designed to specifically facilitate the kind of UI input that is necessary for portable gaming. But, and this is a big “but”:

People often forget that Valve – and the kind of fan so passionate about PC gaming that they’d want to be able to access their libraries from absolutely anywhere – is an exceedingly niche audience. Meanwhile, Nintendo, Sony and Microsoft’s success comes from them providing consoles and gaming experiences for everyone. The Switch is the world’s best selling console for Animal Crossing, and that’s not even in 4K resolution. Nintendo also brings to market consoles that are colourful, vibrant, and personable. You can have yellow Joy-cons! The Steam Deck looks exactly like the kind of console designed in the garage by someone who very rarely talks to other people. I mean, look at where they put the teeny-tiny face buttons – the right hand “B” button is just about falling off the edge of the console, and that’s driving the photoshop designer inside me a bit batty already. Someone really needs to explain to Valve’s engineers how aesthetics work, because if they’re going to beat Nintendo, they’re going to need to learn that. 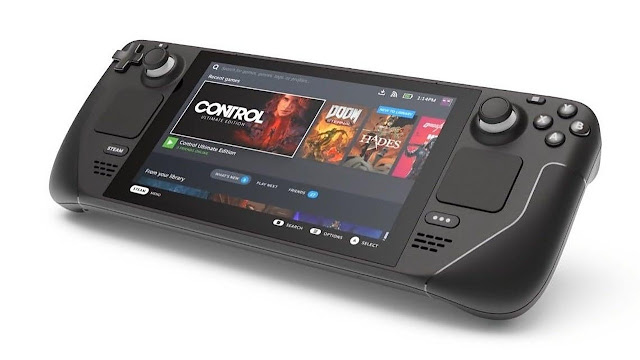 Then there’s the reality that Valve has never been good at marketing its stuff – no matter how good – to people who aren’t already deep fans of the Valve ecosystem. Go down to the local shopping mall and poll 100 people: ask them what a Nintendo Switch is. Then ask them what Steam Box or Steam Link is. Just see which of those people are more aware of. Hell, ask the common person what Steam is, and I think you’ll be surprised by just how that pans out. Those of us that live and breathe video games often forget this, but everything about Steam is very specifically tooled towards hardcore gamers. It’s lucrative, for sure. It’s also significantly smaller than the markets the consoles pitch to, though, and that’s one of the key underlying reasons why Valve can’t produce hardware that sticks; their audience is much smaller then they themselves seem to be aware of.

Am I interested in Steam Deck? Yes, of course. But then again I am the audience for this thing. Not because I give a damn about “AAA” games – that I don’t – but I’ve got about 1,000 games on Steam, and I’m looking forward to having Total War on the go in particular. I’m also very keen on playing Saya No Uta when I commute on the train, because I have a theory that when people see me playing that they’re going to move away from me, and that means I’ll get social distancing. Saya No Uta may well prevent me from getting COVID-19 and save my life!

But while I am interested, am I going to be an early adopter? Absolutely not. Valve is terrible at this, the Steam Deck looks terrible, and until I see otherwise I have no reason to believe that this will be anything more than the latest in Valve’s misfires when it comes to hardware.

Now with all of that said, the upcoming Dee Dee VN, A Week on the Water, looks damn good on Steam Deck. I’ll give it that. Though that has more to do with the sheer talent of my artist, I reckon. 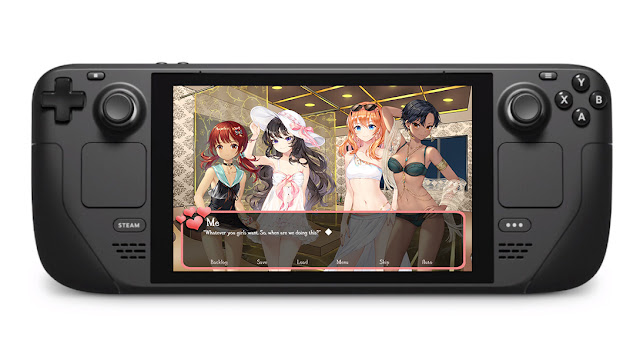