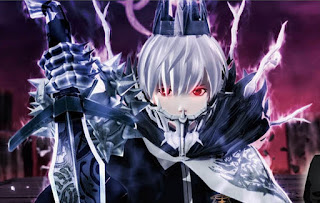 We’re inclined to pay close attention to any JRPG that FuRyu backs. That publisher, which backed The Alliance Alive, The Caligula Effect, Lost Dimension, and Crystar (among many others) knows creative, different JRPGs, and Monark is very much looking like one of those from first impressions.

Developed by Lancarse (the same developer behind Lost Dimension), Monark will get a release on PlayStation 5, PlayStation 4 and Nintendo Switch. This is a turn-based JRPG with a heavy, dark theme to it, and your characters will develop affinity across seven-axis points that relate to the Deadly Sins of Christianity – Pride, Wrath, Envy, Greed, Lust (yay), Gluttony, and Sloth. Using those heroes, you need to fight back against a demonic horde and a “madness-inducing mist,” suggesting that there are some Stephen King elements at play here too.

If this game is anything like Lost Dimension, it’s going to be a real mindbleep of an experience, and vastly deeper and more evocative than people will give it credit for. As a final bit of good news, it looks like the game will get a localisation, with Clouded Leopard Entertainment confirming an Asian release with languages including English.

Just look at this trailer and tell me you don’t want to max out your Lust score.

We’ll be keeping a close eye on this one.
– Matt S.
Editor-in-Chief
Find me on Twitter: @mattsainsb
Share this