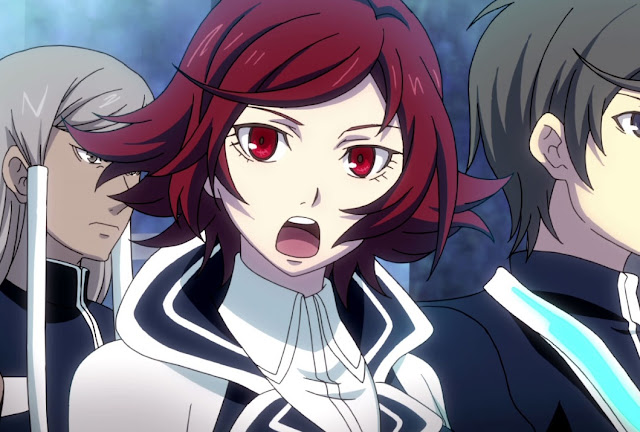 Initially, I wasn’t too fond of what Lost Dimension was offering. It seemed like it was a simplistic turn based combat tactics game, with a relationship system that seemed to mirror the absence of complexity that the combat system was offering. How wrong was I.

Related reading: For a second opinion on the game, you can also check out Matt’s review of the PlayStation 3 release.

Narratively speaking, Lost Dimension is fairly formulaic. You follow S.E.A.L.E.D., a team that is tasked with responding to terrorist attacks. In the case, the world is slowly being destroyed by weapons of mass destruction and in order to stop them the team has to climb to the top of a tower. Unbeknownst to them, a traitor is working with them.

It isn’t until a few mission in where the potential of Lost Dimension is truly shown. At the conclusion of each floor, the entire sealed team is sealed away in the judgement room. The judgement room has one sole purpose: to identifying the traitor within the team and destroy them. What are your judgements based on? Well, it’s up to you. Do you listen to the voices that have been in your head, or do you go with the relationships you have formed? It’s incredibly dramatic and emotional, this play between emotion and calculation, and is a culmination of all the small glimpses I had been given thanks to the protagonists special power known as gifts. Each of the eleven staring characters all have their own gifts. These gifts are supernatural abilities which vary from offensive attacks, to elemental attacks and healing and buffering. For example, Nagi has the power of zero-gravity and can use that to dive down onto enemies with a heavy melee attack. Sho, the protagonist of the game, is able to see into the future, effectively being able to see glimpses of who the traitor might be, to help you as the player make that determination.

During each battle, a character might harbour some suspicious thoughts that, in the heat of battle, become easy for Sho to read. After each mission, Sho uses his vision to see who might betray them. Because nothing can be completely certain, there is the potential for the result of the judgement room to be incorrect. Removing a team member who is not the traitor and allowing the traitor to survive will impact your end game, so it pays off to pay close attention to cutting through the noise to have a clear idea who is most likely to be the traitor. However, if you have concluded that someone is not the traitor on one floor, their allegiance may change as the team moves up subsequent floors in the dungeon. This whole judgement mechanic keeps the game incredibly interesting and for many players, results in a deep investment with their characters.

When a player is removed due to the vote, their gift is condensed into a Materia object, which can be equipped by any player, expanding their own abilities. As players progress through each mission, the experience points gained from battling enemies can be used to level up these gifts. However some of the gifts abilities cannot be unlocked without certain Materia, leading to another strategic element to the votes. Do you deliberately remove a player, knowing he or she is not a traitor, in order to strengthen another by combining the two Materia they need to become super-soldiers? 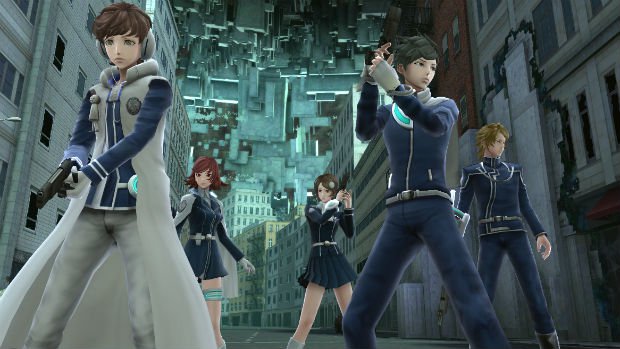 Battles themselves are quite simplistic. Prior to the start of each battle, you select your team of Sealed members. Once in the battlefield, you move each character around individually on his or her turn. If a character is in range of a target, they have the ability to attacks or use one of their offensive gifts. Teammates that are in range of the attacking character has the ability to assist. This combo needs to be used effectively to ensure that S.E.A.L.E.D. isn’t overwhelmed by enemies. All characters also have the ability to defer their turn, giving the opportunity for a player that has already had their turn to attack again, allowing for the strongest members to keep on attacking. The battle system is also influenced by the relationships formed outside of the battlefield. Characters that are friendly to one another will be able to perform stronger assist attacks. Once you crack the surface of this system, it’s quite complex to master, and you will need to master it, because the difficulty spikes can be sharp.

Lost Dimension is an incredible title, with a constant sense of escalation and drama. It’s the frequent trips to the judgement room that keeps you playing, continuously playing mind games as you try and figure out who needs to be taken out of the team. With the aforementioned traitors being randomised with each play through, Lost Dimension has a truly intimidating replay value to round out what is set to be one of the most under appreciated games this year.

Fatal Frame: Maiden of the Black Water available only via eShop (in America), free-to-start

Want to get in on the Might & Magic Heroes VII Beta action? We’ve got 100 codes to give away!