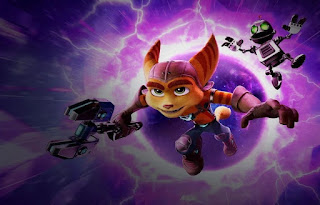 Ratchet & Clank has landed, and we’ve seen the usual response to anyone that hasn’t written a review that is “positive enough;” more than a few comments there are anything but accepting of the review and opinion. None of that is new, of course (and it must be said that there have been more extreme examples), but this is an ongoing circus that actually does more harm to video game creativity than many realise.

So in this video, I discuss the shocking idea that it’s okay if you don’t like popular games as much as other people. Or even dislike them. It’s okay, and your views on those games are quite acceptable.

Also, apologies for being quiet on the videos front over the last week – there’s been so many big reviews I’ve had to cover, but I’m hoping by this time next week I’ll be back in the normal swing of things.

Look, ma! I got to be on a podcast to talk about Japanese games and Dee Dee and more!