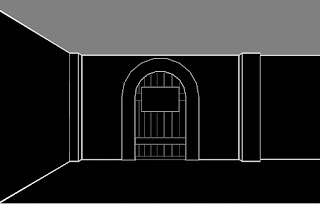 It might have taken 15 years for Wizardry: The Five Ordeals to be localised outside of Japan, but that is indeed now happening, and this promises to be one special game. Have you ever played a Japanese dungeon crawler and thought to yourself “I could do that!”? Well, with Wizardry: The Five Ordeals, that’s exactly what you can do. And it’s going to release on Steam in June.

Related reading: Our review of Wizardry: Labyrinth of Lost Souls on PC.

The Five Ordeals features five scenarios in the base game (convenient name, that!), but that’s only part of the joy here, because this game features a Scenario Editor, allowing you to make your own classical Japanese dungeon crawler. I cannot emphasise enough just how cool that is.

Now, the catch; the game will have large chunks of it not translated into English. The interface itself will be, meaning that you will be able to play the game okay, but a big chunk of the meaning will be lost at first. The publisher has promised that they’re working at getting more localised, and this June release is only Early Access, so I reckon it’s worth giving them the benefit of the doubt here.

Because, again, how awesome is it going to be to make your own Wizardry adventures?!?

What makes good horror? Why developers could be doing more