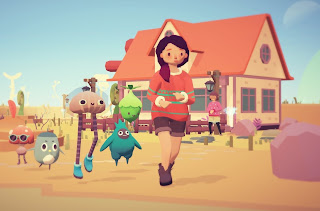 Wholesome Games are doing good work. The group is dedicated to highlighting games that have a different focus than much of the mainstream with its obsession with “mature” themes and violence. Wholesome Games aims to highlight the games that are bright and uplifting, and they’ve announced their own take on the Nintendo Direct, with that focus.

The event will run on June 12, and feature over 75 games, including some that will launch during the presentation. Naturally, you’ll see a lot of “indie” stuff there, and combined the event should highlight a deep range of creative experiences and, in effect, showcase the more artistic side of video games.

It’s the kind of show that you really want to support, in other words. We need more games like the ones the Wholesome Games Direct promote.

#WholesomeDirect returns on June 12 at 1pm ET! 📺 We’ll have new game reveals, exclusive footage, and even games that will launch *during* the show! And thanks to our pals at @GuerrillaCollec, @Twitch, @IGN and @GameSpot, Wholesome Direct will reach even more players this year 🥳 pic.twitter.com/NGy9TrSWyd

Be sure to grab the Dee Dee Zine this weekend! What to look forward to