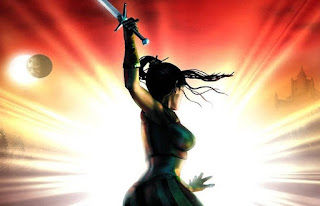 The quality of Dungeons & Dragons games has been up and down over the years, but Baldur’s Gate: Dark Alliance was one of the better ones. While it shares its name with the greatest western RPG ever, Dark Alliance isn’t the same kind of turn-based narrative-driven experience. It’s a Diablo clone, basically, set in and around the titular city. And it is excellent.

Originally released back in 2001 for the PlayStation 2, GameCube, and Xbox (and there was even a GBA de-make that was surprisingly good), Dark Alliance had it all; plenty of labyrinths to explore, iconic Dungeons & Dragons monsters to fight, and just enough of the Baldur’s Gate and Dungeons & Dragons theme to make it its own thing (rather than a completely generic Diablo clone).

This game really is good. Really, really good. Now it’s getting a surprise drop tomorrow (yes, TOMORROW) for PlayStation 4, Xbox One, and Nintendo Switch, with PC and mobile later on in the year.

It’ll be up to 4K resolution on supported platforms and feature local competitive play, too. My wife and I are going to love playing through this one.


Why they decided to just drop this game out of nowhere is beyond me, but I can’t wait to pick it up. Spent a lot of hours with this one twenty years ago, I did.