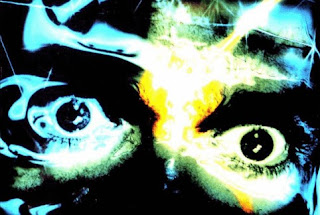 Now, in fairness, Flashback is a genuine classic video game. Weirdly enough it’s one that we’ve never covered at DigitallyDownloaded.net, but you can get it on modern consoles, and while it’s a brutally tough and unforgiving game, it’s also a truly visionary project that continues to inspire game developer and player alike.

What I’m not sure about is why it needed a sequel. Flashback 2 is set to release across consoles and PC in 2022 – so, 20 years after the original – which is a while for some new ideas to ferment, and it does have the original creator, Paul Cuisset, on board. But I really don’t know where a possible sequel could go. Especially since what made the original so compelling was its surrealistic, low-fi visuals, and I’m not sure a 2022 audience would be as receptive to that as they were two decades ago.

(Note: Video not produced by DDNet)

Still, let’s give it a chance, because if the game does capture and recreate the visionary brilliance behind the original, there’s every chance that we might be talking about it in 20 years as we talk about the original now.

And, hey. It can’t possibly be worse than that travesty remake that Ubisoft tried on. I’m still angry about that.