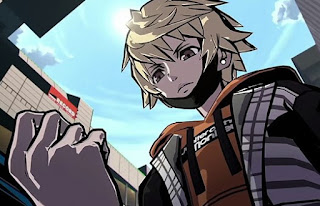 It’s the sequel that no one thought would happen, but it is so tantalisingly close now. NEO: The World Ends With You will land on PlayStation 4 and Nintendo Switch on July 27, and then PC (via Epic Games Store) at a later date in “Summer” (Winter for those of us on the other side of the planet).

Square Enix made this announcement with a nice, new trailer, which is always nice to see. I wasn’t the world’s biggest fan of The World Ends With You (I liked it enough, but it’s not one of my top games of all time), but I suspect this sequel is going to be a controversial one, because the game has substantially changed. It does look good, though. I like the clean, visually bold, “Persona 5-like” recreation of Japanese cities as we see in this one.

Also you get to fight a giant wooden T-Rex model. Can’t complain about that.