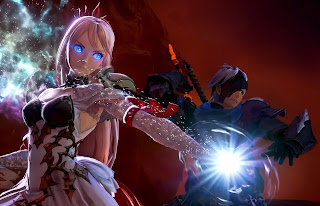 It has been a tough time to be a fan of the Tales series. Where once Bandai Namco was reliably turning them out, things seemed to unravel a little with Tales of Arise, which has seemed like it was on the horizon forever and a day.

The good news is that we’ve got a firm (and final) release date now. The game launches on PlayStation 4 and 5, Xbox Series and One, and PC on September 10 worldwide. The PlayStation 5 and Xbox Series releases are new additions, but unsurprising since we’re undergoing the generational change here.

I think we all know what to expect from Tales at this stage. It’ll be a fast-paced, brawler-style action RPG with some intense character development, and much of the appeal of the game will rest with the way the various characters interact with one another as the quest progresses. This has always been the appeal of Tales, and Bandai’s not about to change that now.

It’s all very pretty, though. IGN’s got a new trailer up and the anime art and aesthetics are sprucing up nicely for this new generation.


2021 has already been overloaded with quality JRPGs – you could even argue there has almost been too many of them. With this September release, it looks like this year just won’t relent… something tells me our Game of the Year awards this year are going to be a difficult challenge.

Get ready for a lot more Ace Attorney, folks!

Atelier Mysterious Trilogy: What makes these games so beautiful?