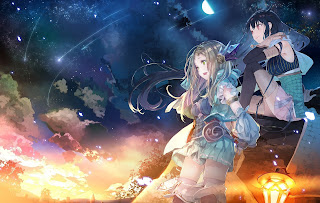 It’s always a good week when new Atelier stuff launches. This time around it’s not completely “new”, as it’s the “deluxe” versions of the three Atelier Mysterious titles – Sophie, Firis and Lydie and Suelle – but two of those games arrive on the Nintendo Switch for the first time, so that’s good enough for me!

Especially Firis. AND she’s got a school uniform costume now! She’s so cute.

Anyhow, I’ve already done plenty of videos discussing why I love the Atelier series so much, so I’m going to use this one to hone in on particular elements of the art that I find particularly admirable.

Which is your favourite of the Mysterious trilogy? Sound out in the comments!

Tales of Arise FINALLY has a release date