A remaster was always going to be kind to Shin Megami Tensei III. Way back when it was originally released on the PlayStation 2, it wasn’t notable for being overly “realistic” or “detailed” in its aesthetic. Rather, it was this highly stylised thing, with a slick, almost minimalist, cel-shaded art style and a brooding, dark, adult tone. All of that has been retained and spruced up gorgeously for the HD remaster, which I’ve had the opportunity to get a couple of hours with, and that’s been enough to fall in love with it all over again.

The preview of the game ran the introduction, the apocalypse that acts as the catalyst for the adventure, the first mini-dungeon (the hospital, for those that have played the original), the first boss and then a short trip outside to see how Tokyo has been transformed by that aforementioned apocalypse. That’s nowhere near enough scope from this to start discussing the darkly nihilistic themes and narrative that this game is well-known for, but what is still remarkable is just how effective the story is at delivering relentless oppressiveness right from its first moments. This is not a game that wastes time getting going, and you know immediately that while the game could be surreal and off-beat, moments of true levity will be few and far between.

That’s not a criticism, of course. Nocturne has earned a level of prestige that puts it well beyond most other games precisely because it’s so effective at delivering on a singularly intense, artful vision. While the work in cleaning it up for the “HD remaster” is relatively light-touch, the game’s vividly dark vision and bleak rendition of a destroyed, demon-infested Tokyo remains evocative as ever, and those demons themselves showcase the wild creativity that makes this game the very dark take on Pokemon. 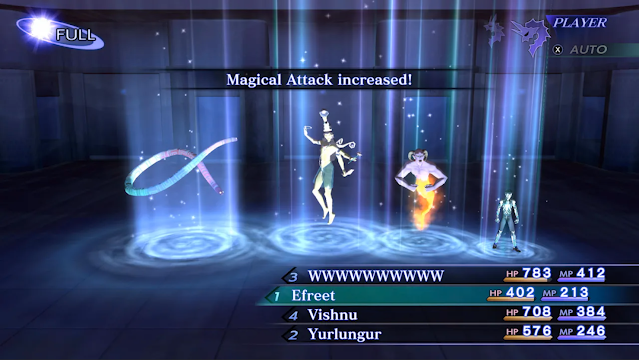 I mention Pokemon because, if you haven’t played Nocturne yet (or many of the other games in this series), one of the great features of it is that you get to “negotiate” with the demons and, if you do a good job in answering their questions or meeting their demands, they’ll join your party. At which point you can start fusing them together to build other, more powerful demons, or focus on levelling them up so that they can fill out their skillset. The game wastes no time in throwing you into this system, and by the time you’re duking it out with the first boss, you’ll have a half dozen or so of the critters to choose between. By the end of the preview I’d grabbed myself a Jack Frost (the iconic snowman mascot of Atlus), and at that point, I was fully invested in the system all over again. When you fuse monsters together you can change the skills they have access to, and you’ll need to carefully consider each decision, because the big feature of Shin Megami Tensei – how difficult it can be – largely rests on your ability to form complete parties.

See, the underlying trick to Nocturne’s combat might the simplest trick in the JRPG combat system book, but also one that is truly maddening in how demanding it is in this game; you’ve got to hit your opponents with the attacks that they’re weak against. If you do so then you get extra attacks on your turn. If the enemy is resistant to an attack or dodges, then you lose attacks. Because the enemy hits back, and hard, unless you’ve got at least one attack that can exploit an enemy’s weakness, that battle is going to be tough, if not impossible. It’s the only way to comfortably take down the first boss character, for example.

Never fear, if the game’s reputation for being difficult concerns you, though! Nocturne has an easy mode for people that do just want to experience the story. I do believe that the game is better on higher difficulty settings, because the intensity of the aesthetics and narrative all but demands a gritty, scrappy combat system, but for people who would otherwise find this thing intimidating I’m glad the easy mode is there. 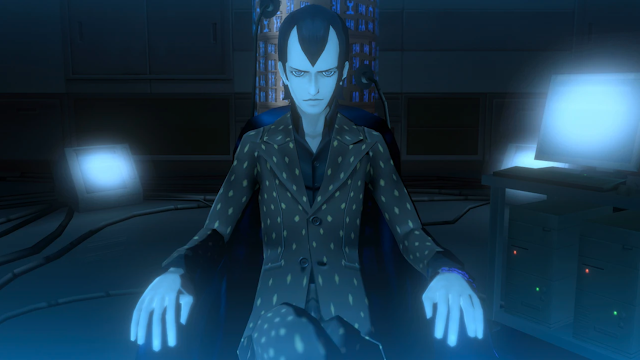 I don’t have too much else to say about the game at this stage. Shin Megami Tensei’s greatest strength is in that narrative, and I can’t wait for the more general embargo to lift on reviews. What I can say, from the three-hour preview session, is this: I’ve played enough to be reminded of just how much of a masterpiece this game is, and it’s looking gorgeous in the current generation. Short of the game blowing up my Nintendo Switch as I play on past the preview area, there won’t be a score high enough for what I will want to give this come time to fully review it.