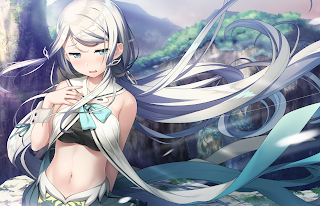 Publisher, Entergram, has announced three separate romance visual novels to announce across PlayStation and Nintendo Switch. All have previously been released on PC. All feature very pretty girls. None have been announced for a western localisation, and I wouldn’t bet on it, though I would rather like to play all three.

The three VNs are:

Amamane 2: Daiki Matsuzaki, said to be a pick for the baseball team’s ace pitcher, can no longer throw a ball due to trauma caused by an injury.

Yuri Nanami, his childhood friend and junior peer, steps up to the plate to help Matsuzaki.

While receiving advice from her upperclassman and manager Satsuki Suzumori, Yuri supports Matsuzaki through practice, and sometimes even physical contact. 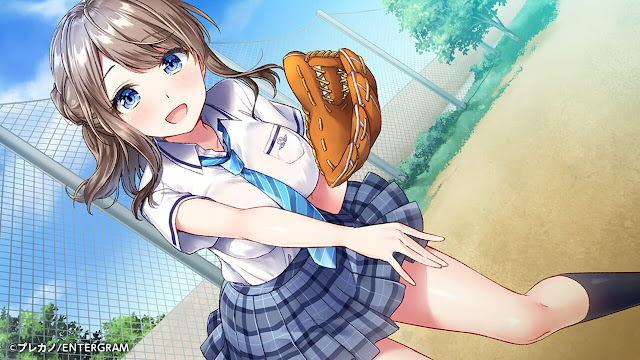 Kami-sama no You na Kimi e: Despite being merely a student, Kaito broke through the most advanced security system and gained administrative privileges to the C-AI (Central AI) that governs countless AI. In this day and age, the majority of the infrastructure essential to humanity’s daily living has been optimized with AI. Kaito, who now had the power to do anything, issued his command:

“I want to meet a girl who loves me, Shimae Kaito! She has to have large, cute eyes, be kind and will spoil me, oh, and have big boobs!”

However, the reply came back, “No qualified persons found. Displaying results: 0 out of 0.”

Kaito was dejected when his search got no hits, but the AI activated a late-night robot factory and built a robot according to his specifications. 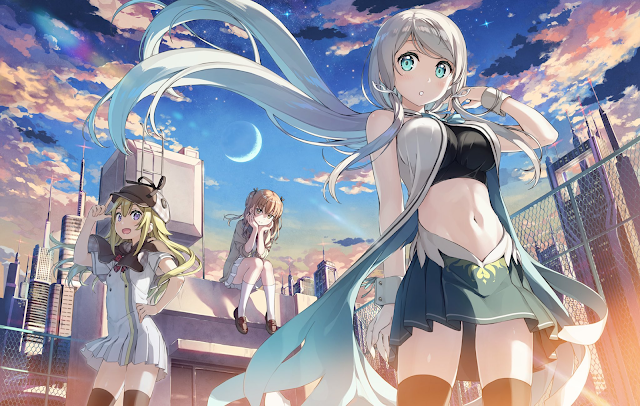 Kakenuke Seishun Sparking!: The protagonist, Toono Yuu, is a junior at Kazami Academy, At the age of puberty and youth. But…

“Youth? What’s that? You know I’m busy with my part-time job.”

He’s an extreme realist who devotes his youth to his part-time job. He does well with his schoolwork and spends all his free time earning money at his job every day. His hobby is checking his bank balance. His childhood friend Hibiki who couldn’t overlook this and his classmate Riri who looks up to him decided to try to put him in a club and change his life.

Hibiki, a lively girl, recommended to him the Activity Club, commonly called the Act Club, whose slogan is “Let’s have fun enjoying our youth in school!”. 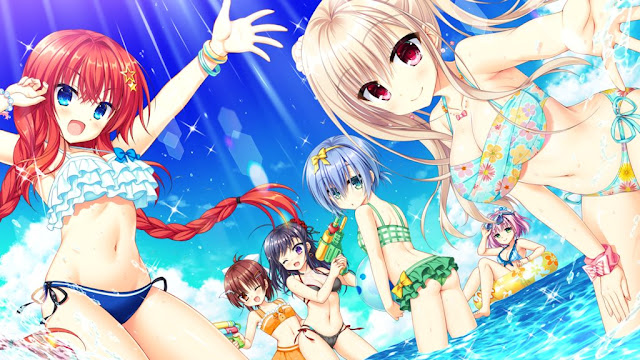 Again, don’t expect any of these to get English releases, and they’re “romance” in the sense of “male protagonist is going to get lucky with big-boobed girls. Frequently”. But, hey, stranger things have happened. All the Nekopara games got releases in the west, after all.
– Matt S.
Editor-in-Chief
Find me on Twitter: @mattsainsb
Share this

Ahead of the release of New Pokemon Snap, I review the Fujifilm instax mini Link