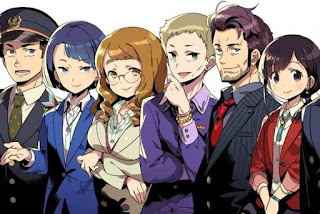 We had a bit of a western games week this week, playing the new port of Apex Legends on Switch, as well as Battle Brothers, a tactics/RPG from 2015, now on Switch as well. Finally, we take a good look at A-Train, now on Nintendo Switch and it is spectacular.

A-Train: All Aboard! Tourism

Don’t forget! You can win a $350 prize for one screenshot!