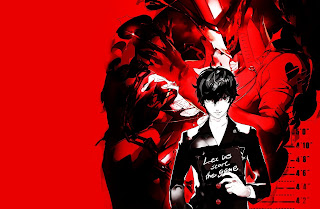 With Persona 5 Strikers just around the corner (and review embargo lifting in a few days), I figured I’d publish this piece that explains some of the underlying thinking that has gone into the Persona 5 mini-series. Let me know your thoughts!

Persona 5 is one of the bigger name JRPGs of the past generation. With luxurious production values, rich characters, and a superb sense of style, it’s hardly surprising that people would commit to the game’s 100-odd hour run-time. It has become quite the property, too, with an enhanced remake and narrative sequel, each with additional characters and narratives, as well as rhythm games, an anime, and more, but regardless of which version you’re playing or experiencing, there’s a particular core influence on Persona 5 that warrants a deeper level of discussion, because it suggests and highlights a layer of subversion which will make you question a lot of what goes on within the game.

Edogawa Ranpo (1894-1965) is to Japan what Sir Arthur Conan Doyle or Edgar Allan Poe is to western literature (indeed, Edogawa Ranpo is a pen-name playfully derived from Poe). That is to say that Ranpo is best known for the same kind of detective fiction that we see in the Sherlock Holmes novels, or the likes of Murder in the Rue Morgue. Persona 5 is not a detective fiction game, of course, but it is heavily inspired by the genre, and does one particularly interesting (and quite subversive) thing with your expectations of the genre.

One of the recurring themes that comes out of Persona 5 is a discussion around the morality of what the protagonists are doing. They are, after all, adopting the role of thieves and “stealing” the free will of those they target. This causes their targets to realise their evil actions and take steps to reform, but is it right to do so by taking a person’s free will? And are the “Phantom Thieves” always doing it for the right reasons? There are moments where they seem to be more interested in the loot and fame, even if their actions ultimately contribute to a greater good. At other times, they’re motivated by sheer vengeance, and vigilantism is always problematic as a motivating force. 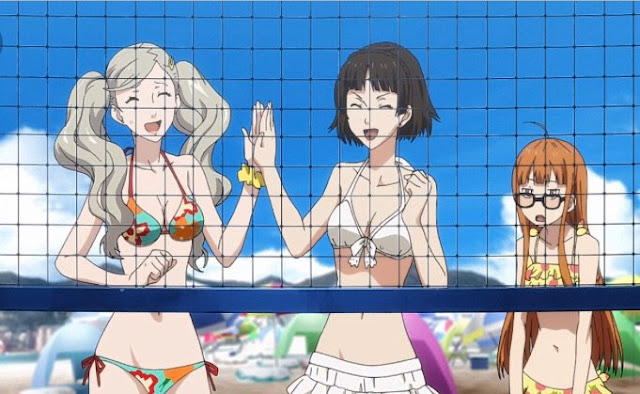 Persona games have always been great about finding the light and shade in the moral code of both the protagonists and antagonists, and this is where we come back to Edogawa Ranpo. What you may not be aware of is that the “Phantom Thieves” are explicitly based on the antagonists from Ranpo’s writings, and therefore those that sit on the other side of both the law, and the position that we, as an audience, are meant to empathise with. Ultimately Persona 5 wants us to empathise with the protagonists, of course, but we’re meant to get there via a very roundabout route indeed.

Edogawa Ranpo’s equivalent to Conan Doyle’s recurring villain, Professor Moriarty, was The Fiend with Twenty Faces; a gentleman thief and, as his name suggests, a genius when it comes to disguises. He is “able to disguise himself to look like anyone,” he “laughs at the law”, and forms the model for the heavily disguised and multiple-faced (via his Personas) main protagonist from Persona 5, Joker. Furthermore, this Fiend is the greatest nemesis of Ranpo’s detective hero, Akechi Kogoro.

Now, if “Akechi” sounds familiar, that’s because Akechi is the most visible antagonist and rival to the Phantom Thieves and Joker through much of Persona 5’s narrative. Revelations late into the plot upend the righteousness that we’re initially led to believe Akechi has, but he nonetheless remains a thorn in the quite illegal work of the Phantom Thieves, and indeed does some pretty spectacular things to damage their reputation among the common people. 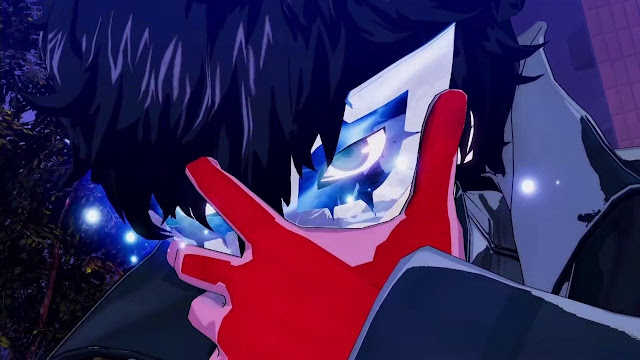 So the development team behind Persona 5 have inverted the expectations, and cast the heroes as the villains… or have they? If you look at where the inspiration for these characters come from, and then go and read those books (be it Holmes or Akechi), the villains are not malicious, malignant forces of evil, but rather more akin to clever scoundrels. However, unlike in a story like Robin Hood, those scoundrels are in it to their own ends – a rejection of authority, rather than a sense of justice or, more broadly, “goodness.”

Persona 5’s group end up doing good, but it comes from a similar rejection of authority. In this case, each of the protagonists has some deep issue with their treatment at the hands of adults, and their actions are driven as much out of a sense of vengeance as it is justice. The police and Akechi, meanwhile, while not incorruptible and often dubious (they are, after all, adults), you’ve also got to remember that the only perspective you have on the adult world comes from the perspective of the characters. The ones who are actively fighting against the authority of these villains. This is a genre in which the unreliable narrator is a common theme, and you’ve got to question the motivations of every character, despite what you are seeing through their eyes.

Perhaps most tellingly of all is when, late in the game, the protagonist is given the option of giving up his freedom and control, to the Holy Grail, in order for his world to go back to the way that it was. In refusing to do this, the protagonist is able to awaken Satanael (the origins of that name should be obvious), to help destroy the Holy Grail. Another subversion, given that we’re meant to associate “holiness” with “goodness,” and therefore the Phantom Thieves exist outside of “goodness” and their morality must be questioned. 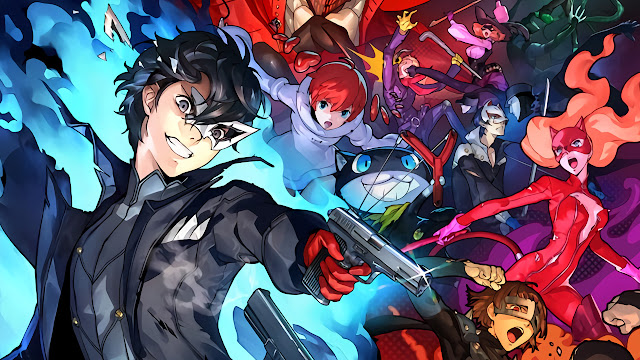 By this point Persona 5 has become a discussion about free will with “holiness” representing a willing ceding of free will towards, what adherents are meant to believe, is the greater good. Within the context of Persona 5, this is clearly the enemy. Free will, the game argues, is something that should be preserved, even if disobedience is the path to it. At the same, Persona 5 acknowledges that the Phantom Thieves represent something closer to the role of Ranpo’s villain that they do his heroes, and there is therefore a question left hanging over their actions throughout.

Related reading: Another Game Theory on Persona 5, looking at the way it depicts the perception of reality.

Perhaps in this way Persona 5 is a reflection on the way that storytelling has shifted in the years since the likes of Holmes and Akechi were the heroes. Back then, a hero could be both eccentric and more than a little “weird”, but ultimately acts in the service of the law and order. Now, our heroes in popular fiction are the ones that serve themselves and a vigilante sense of justice, and have little respect for the law in the pursuit of that. Ultimately, Persona 5 seems to be suggesting that this attitude towards heroism is more than a little Godless, but also, perhaps, that’s the best way.