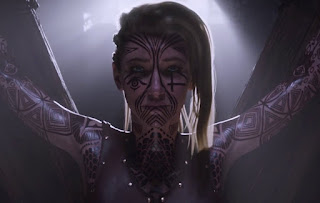 The Disciples series has been kicking around for quite a few years now, though often without fanfare or celebration. The original Disciples was released way back in 1999, and gained the dubious award of “best game no one played” in Gamespot’s awards that year.

There were a couple more Disciples titles, but the series never quite managed to break it into the big leagues. Perhaps things will be different this time around, because Disciples: Liberation will be released on most platforms (PlayStation 5, Xbox Series, PlayStation 4, Xbox One and PC) in the fourth quarter of this year.

We’re being told that this will be a “dark, mature fantasy,” with an 80-hour single-player campaign and challenging turn-based combat. There will be base building (Disciples comes from a similar space as Heroes of Might & Magic), and “choice is everything,” suggesting that the way the game plays out will depend very heavily on the narrative, moral and ethical decisions that you make along the way.

I’m keen! If nothing else, the announcement trailer is… something else.

Samurai Warriors has turned 18 this year! Why this series means so much to me