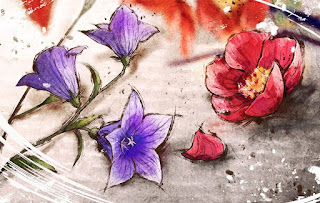 Today, Koei Tecmo Europe dropped a little tweet to celebrate the 18th anniversary of the Samurai Warriors series, along with a quote from the series producer, Hisashi Koinuma: “This year marks the 18 year anniversary of the SAMURAI WARRIORS series. With all that is going on in the world, it is easy to get disheartened, but let’s move forward while believing in a brighter future.”

Related reading: On Samurai Warriors and historical authenticity: why the series deserves more credit than it gets.
It’s a nice sentiment and got me thinking about the Samurai Warriors series (it’s been too long since the last one, Koei, nudge nudge, wink wink). It’s no exaggeration to say that of the many, many games I’ve played over my years, very few (if any) have had the kind of impact that Samurai Warriors has had on me.

Samurai Warriors 3 was my first Warriors game, and I only played it because I had to. I was working with GamePro Australia at the time, and Samurai Warriors 3 had a bigger buzz and PR push behind it than the series usually did down here. Nintendo was publishing it, as part of a wave of third party publishing experiments that the company was going through (Monster Hunter Tri and Dragon Quest IX being two other examples of this strategy). They sent GamePro a copy. Previously I had avoided the Warriors series, because I had paid attention to the reviews and they all said the same thing: these games were mindless button mashers with very little of value beyond that.

No one else wanted to play Samurai Warriors 3, so it was passed on to me and, mandated so, I sat down with it. I was almost instantly mesmerised. 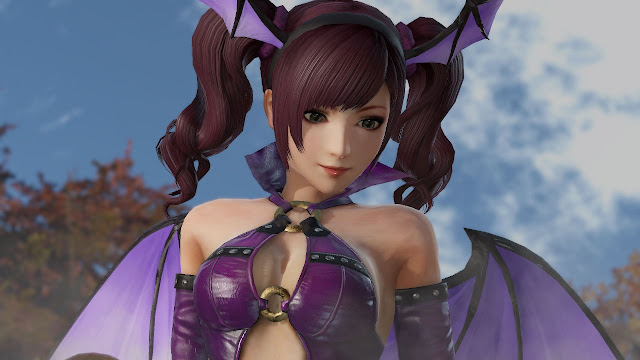 Up until that point in time I was only casually interested in Japan. I enjoyed JRPGs like Final Fantasy well enough, and I always owned Nintendo consoles, but I’d never been to the country, never even seen a Studio Ghibli film, may have watched one Kurosawa film, ones, and the only anime I can remember having ever watched back then was Pokemon as a kid, and one episode of Bubblegum Crisis, because it was on late-night TV and I was drunk enough that I was too lazy to change the channel (growing up in regional Australia as I did then didn’t really give you exposure to many other cultures, or their arts. Heck, my town didn’t even have a sushi place). I know it’s hard to believe now, given how deeply in love I’ve fallen with Japan, but before playing Samurai Warriors, I had no idea whe even Nobunaga Oda was.

Related reading: An interview with the producer behind the excellent Samurai Warriors: Spirit of Sanada.

But then I started playing, and all these superhero-like warriors were running around with cool/fun/funny weapons, and the music and architecture and level design was all so fascinating and exotic. I discovered that Samurai Warriors was all based in real history, so I started reading up on the various names… and annoying my future wife (we had just moved in together) with an endless stream of questions about Sengoku history. In other words, my intro to her nation’s history just happened to be all the questions I had about this “empty, waste of time button-masher” that I was playing.

We went to Japan for the first time together around the same time, and thanks to that game I wanted to explore beyond Tokyo and Akihabara and get a sense of Japan’s long history first-hand. Here, too, my experience with Samurai Warriors was the gateway. We started visiting the castles that the various warlords owned, and over time I’ve now visited 20 or so of them. I’ve gone to the actual sites of the key battles, too. One trip was to Kawanakajima. And then there was a big one, where we went on a four day round trip on Japan’s train system to get to Gifu city and from there the town of Sekigahara, which stands on the site of the pinnacle battle of both the Samurai Warriors and Sengoku period. My interest in Japanese history has significantly broadened since then (my favourite story is now Benkei and the Heian period), and of course I’m interested in more than just the military campaigns now – I’ve learned about Japanese folklore, the history of Shinto, and even pottery and rice cultivation. But all of this interest can be drawn back to that first Samurai Warriors game. 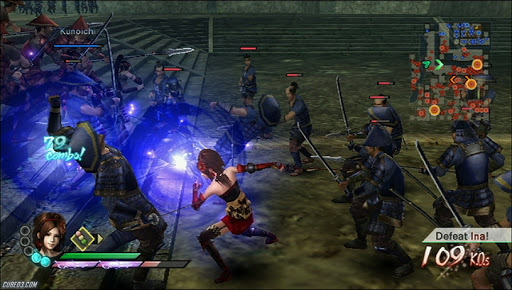 Since then I’ve played every new Warriors game (and gone back to the older ones where I can), and, in terms of raw numbers, I must have played more Warriors titles than anything else. I love seeing how each game has a different take on the battlefields that I’ve been to, and how my favourite characters are depicted each time around. I’ve picked up a similar fascination with Chinese ancient history thanks to Dynasty Warriors, and indeed, I read Romance of the Three Kingdoms because those games introduced me to those characters and stories.

Related reading: When you love the history-based game, here’s the book you should read to learn more.

This is why it tends to frustrate me when I see how little consideration other people (and critics) continue to give the Warriors series. There was a famous review (since removed and I’ll refrain from mentioning names) that slammed Samurai Warriors 3 while talking about the Chinese Three Kingdoms era (the result of a lack of interest in the history and a Google search gone wrong). Other people continue to chalk these games up as “button mashers” without so much a pause to think on how much thought and nuance goes into the treatment of history in each title. I realise that being interested in something that might lead to knowledge is often a niche interest in this industry, but nonetheless, it would be nice to see more people recognise the potential for these games to inspire and encourage learning. It’s not just entertainment. It’s a take on history and the inspiration to learn more. If these Warriors games really were “empty button mashers” they would never have inspired me like that.

So, yes. Happy 18th birthday, Samurai Warriors. I look foward to many more over the next 18 years.