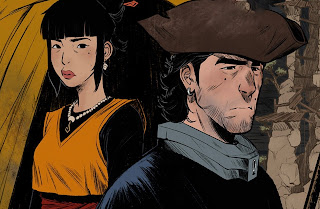 Review by Harvard L.
I really like Olija. It’s a smartly-designed cinematic platformer with a retro rotoscope-sprite art style, engaging gameplay and an incredible sense of atmosphere. It’s designed by Thomas Olsson, the one-man behind the aptly named Skeleton Crew Studio, and it comes after a long development cycle filled with ups and downs. The interlocking systems of exploration and combat, while simple, are immensely satisfying and perfectly unfold over the game’s adequate length. But most of all, I like Olija for teaching me why the 90’s appreciated Another World so much – while that game is fascinating to think about from a design perspective, it’s overly punishing and shows its age. Olija meanwhile is the cinematic platformer genre refined into something palatable for a modern audience – easy to play, and easy to love.

Related reading: Our interview feature with the creator of Olija.

Players are put into the shoes of Faraday, a last hope of a starving fishing village who gets caught into a maelstrom and whisked away into a mysterious archipelago. After some exploration through dangerous ruins and encounters with native people, he discovers a cursed spear which allows him to teleport short distances, and this starts a quest to find the keys and unlock his way back to his home world, but also uncover the deep mysteries behind the woman Olija and the world she seems to be the goddess of.

The narrative reminds me of the Pacific contact fiction of the 1800s, such as the works of Herman Melville or Daniel Defoe. Faraday (a name dripping with English pomp) finds himself often at the mercy of strange island tribes, learning from their cultures, fighting their enemies and adapting to the surroundings. This narrative is conveyed through wonderful graphics which evoke the scope and diversity of the islands, and the sound design which drives home the feeling of cutting through jungles, cliffs and stones. Even though the dialogue is sparse and relies on symbols over words, the sensation of being lost, stranded and desperate is transmitted straight to the player. 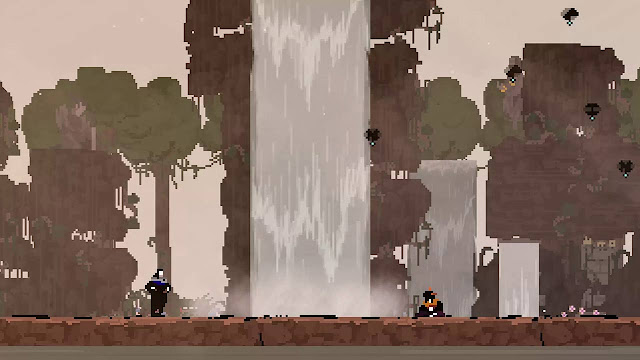 Every now and then Faraday will run into hostile enemies who stand in his way. These range from angry, armed natives to strange beasts, and each have their own uniquely detailed animations and attack patterns. The player is given many tools to deal with combat, and the spear makes fighting feel fluid; it’s always satisfying to tag an enemy with a spear throw, teleport to them, and then smack them away with a big melee combo. While I’ve learned to dread combat in other cinematic platformers like Prince of Persia, here I was never disappointed when enemies stood in my way.

There are some light RPG elements at play which will have players revisiting past stages for additional resources, unopened chests or newly unlocked paths. As Faraday expands his arsenal of weapons through exploration, he’ll find more options for movement in addition to walking, jumping and spear-teleporting. Gems found throughout the levels can be used in the hub world to invite merchants who will improve Faraday’s combat abilities. These are a nice-to-have, but skilled players should be able to breeze past most combat encounters with just their knowledge of the controls.

Olija’s approach to difficulty is admirably successful and a great counterpoint to the popular Dark Souls-esque punishment that’s so vogue with indie games nowadays. In my playthrough I rarely died, and this is certainly by design. Unlike Another World (thank goodness) there are no instantaneous deaths in Olija, not even from falling down a pit or into spikes. Even if the player does drop into water, it’s a quick reset. Death respawns the player right where they died, with barely any loss of progress. But while Olija isn’t conventionally difficult, it is certainly thrilling. The game’s visual and sound design make the player loathe getting hit, and danger comes from all directions in the game’s combat and exploration. While the stakes themselves aren’t high, it becomes a challenge in itself to make it through a boss battle or a tough enemy encounter unscathed. Every attack is theoretically dodge-able, but now that the player is given a generous HP bar, the attacks are made much harder to avoid, with less telegraphing. You really feel like you’re fighting for your life, even if you’ll rarely have to die and repeat. 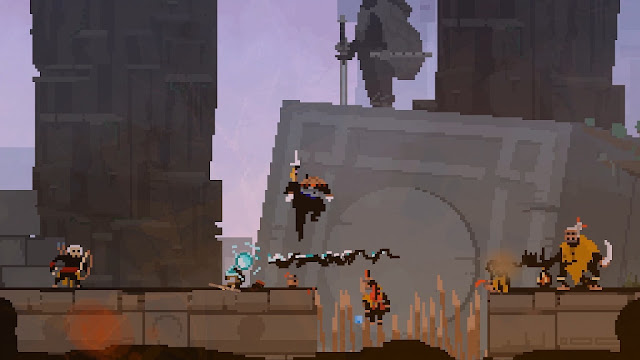 Boss battles are the highlight of Olija’s combat design, requiring players to master the traversal and combat mechanics to nimbly and efficiently weave in attacks without taking hits in return. They’re few and far between, but they’re a much-needed reward after the game’s exploration segments, and I love the way the narrative moulds itself around the power and prestige of the boss encounters.

The best comparison I can make for Olija, is that it’s like a side-scrolling counterpart of Heart Machine’s Hyper Light Drifter. Both games feature a gorgeous rotoscoped art style featuring stylised combat which rethinks the distinctions between melee and range. Both follow stoic, troubled protagonists through atmospheric alien worlds which are not entirely hostile, but different enough to be discomforting. Both are one-developer passion projects which build upon a Zelda combat-exploration-traversal formula to great success. If you like one, you’ll like the other, and both are excellent and deserve all the acclaim they receive.

My one criticism of Olija which holds it back from true greatness is that, while the game’s mechanics all work wonderfully on their own, they rarely come together meaningfully. This is a nitpick, since I enjoyed the individual components of narrative, atmosphere, exploration, traversal and combat; these are all very well made. But while they’re great in isolation, it means the experience of playing the game is segmented into its disparate parts, rather than congealing together into one potent experience. It’s a problem that some Zelda games also have – traversal segments palpably end when the game wants you to be doing some combat, and combat ends when the game wants you to be noticing atmosphere. Narrative is delivered in conversations and cutscenes, and while those are great, there’s little storytelling done through the exploration or the combat. There’s missed potential here. What I think will happen, is that some players will gravitate towards the aspects of Olija they find most engaging, and groan at the others. 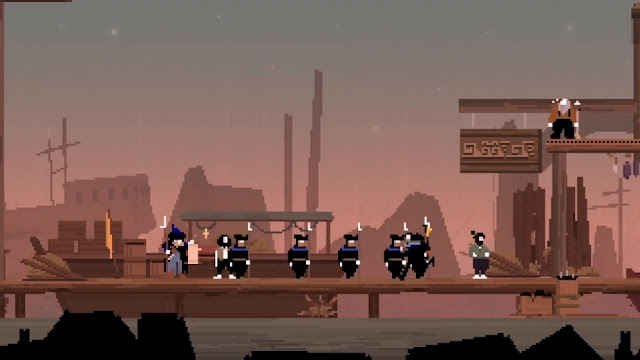 But for myself, who liked every aspect of Olija, the whole package is a flawed but thoroughly impressive ride. There is a lot to enjoy here, in a game which lets the player feel alienated and disempowered one moment, and then agile and dangerous the next. It wins even more points for the way that it perfects the cinematic platformer formula which has a lot of nostalgia value, but not a lot of modern interpretations. I love that Olija arrives as a palette cleanser to the Metroidvanias and the rogue-lites of the side-scroller scene, and I wish all the success for it. 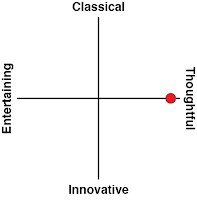 Sade: A My Time With Dee Dee Visual Novel, is now live!