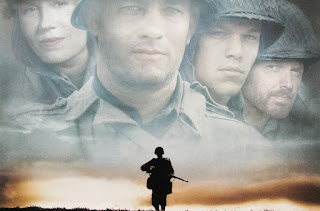 It’s always a silly idea to talk about politics on a video game website. The best that ever happens is that in response to the article you get a bunch of people signing up to screech at you to “keep politics out of video games,” before mysteriously disappearing and never commenting again. They then ignore the 99 per cent of stories that you write that aren’t dealing with difficult political material. It’s almost as though they don’t read it. It’s fascinating how that works.

We are going to talk about politics on this here article though, because the last week has been a living migraine, and it matters that we talk about this. It’s as simple as that. It matters. I surely don’t need to go sourcing links to highlight what I’m talking about, because there’s just no way anyone on this planet in unaware of the events of the past week. There was a bunch of Donald Trump supporters that have gone so far down the conspiracy theory rabbit hole manufactured by Trump that they attempted an actual, bona fide coup on America. Now, putting aside that the CIA averages around one coup attempt per year somewhere else in the world, so it seems a little hypocritical to clutch pearls over how insulting this is to the eternally righteous America, the point here is that it’s bad that the most nuclear-armed nation on the planet is this far gone into societal decline. Who knows if the new president, Biden, can fix it (probably not), but even if the country can be pulled back from the event horizon America has many, many years of hard work ahead of it as it sits right at the edge.

Saving America from itself requires a whole-of-society reckoning that I don’t think the country is prepared for, and it cuts across the entire gamut. The country needs to get over its ignorance-fuelled fear of socialism. It needs to address an education system that more closely resembles indoctrination than education (into a deeply conservative, right wing, libertarian point of view, not socialism, as the conservatives and libertarians like to pretend the education system does). America needs to address economic inequality by taxing the ever-loving hell out of the billionaires to funnel money into programs and welfare to lift people out of poverty. And – and this is where we come in as art and entertainment critics – America needs a reckoning of its entertainment industry.

The idea that art should exist for the purposes of pure entertainment is a new concept, and one that – completely coincidentally, I’m sure – parallels the rise of the harder edges of capitalism. Prior to it, the arts were a way of transferring knowledge, educating, and challenging ideas. The book burnings of Nazi Germany were not because the books were boring. It’s because those books contained knowledge and ideas that the Nazis found threatening. Go far enough back through the history of the arts and the cave paintings were not there because early humans huddled around to share a laugh. They were a way of enabling those people, prior to the advent of writing, to communicate and make sense of the world around them. Writing itself was invented to improve the transfer of knowledge. The epic poems like Inferno, Beowulf, and the Iliad were designed to drive home moral lessons and blend a recount of history into fascinating stories. I could go on, and on, and on, but the point here is that the idea that “art” is a blockbuster movie where you yell at anyone trying to talk about the art work (“SPOILERS!”) before dutifully buying your popcorn and sitting down to consume the content, is a new one.

This approach to the arts benefits the executives, because if people aren’t thinking about the content they consume, then they’re also not going to criticise it, which helps ensure that more people buy into it. Unfortunately for everyone else who isn’t adding zeroes to their net worth daily, it also means that audiences are becoming increasingly pliable and uncritical. Given that so much of blockbuster art is also more closely related to ideological propaganda than at any other point in history, this passivity with which people are indulging in this stuff is a direct contributor to the conditions that have led to 2021 being off to such a shocking start.

From the deep libertarian conservatism of Marvel films to the revisionist “light in the darkness” war films that paint the west as infailably heroic, right through to the way that the Call of Duty games paper over war crimes (or – better yet! – attribute them to America’s rivals), the reality is that America’s entertainment industry, which has grown to become so overwhelmingly dominant in the world, presents American ideology in a highly revisionist and righteous manner. Even when America’s entertainment industries do undergo progressive reform, it’s in a way that is acceptable to that overall rhetorical lie. “Progressivism” in American entertainment isn’t criticising the vision America has of itself and soft-diplomacy forces on the world around it. It’s puting Americans from ethnic minorities into films and calling that “diversity,” even as the screenwriters take stories like Silence, Mulan, 47 Ronin, the Ring and re-write them to suit the American idea of what those stories should represent. It’s in giving players a comprehensive character creator that allows for all genders and ethnic backgrounds in a game uncritically inspired by Tom Clancy’s hard-right nationalism and American exceptionalism.

It is, of course, totally fine to enjoy these films, games, and whatever else for what they are. I like plenty of them myself for the entertainment that they provide. The problem is that we’ve all been conditioned to uncritically consume it all, and that is where the dangers of American entertainment as propaganda kicks in. Regardless of what metic you use – box office receipts, social media response, the aggregate of critical reviews, or whatever else – American entertainment does not get criticised for anything but how entertaining it is. A film or game that is “boring” is a catastrophe. However, war films can re-write history to the point of jingoistic patriotism, and as long as the music is rousing, the special effects are on point, and the actors do a good job of channeling the horrors of war, the reviews will be talking it up as Academy Awards material. Over in video games, Activision will continue to get away with uncritically lionising the likes of Ronald Reagan as long as social media is more interested in talking about your ability to choose a non-binary character (and it has zombies mode, of course).

The thing that’s so incidious about propaganda is that if it’s effective, people don’t notice that it’s being fed to them. But it assuredly has an impact in motivating a population around an ideology, as assuredly as the reality that as much as people like to claim that they’re not affected by marketing and advertising, they absolutely are affected by marketing and advertising. Video games, and film, as the two largest exporters of mainstream entertainment from America, should not be allowed to wash their hands of their role in the creation of the conditions that have led to this past week’s events. That means we – as the consumers, need to be a bit more analytical and critical of the entertainment we’re being asked to consume uncritically. The next time you play a Call of Duty game or see a trailer depicting flag-waving militarism, just also consider those scenes of domestic terrorists scaling the walls of America’s very seat of democracy. The images are related.