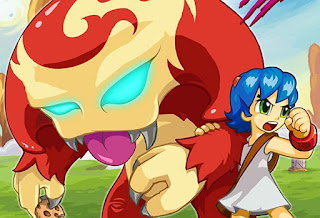 You’ve probably not heard of Monster Tale, and that’s okay. Most people haven’t – it was largely forgotten on release way back in 2011. Those few that did play it have very fond memories of it, though, and it is one of the Nintendo DS’ cult classics. Now it’s going to get a second lease on life, courtesy of developer DreamRift.

In partnership with publisher, Majesco, Monster Tale is going to get a new release on “modern platforms” (just what those platforms are is anyone’s guess right now, but PC and Switch seem like easy assumptions).

It’s a puzzle-platformer with Metroidvania and pet management elements, making for an eclectic blend of gameplay in a rather beautiful 2D pixel art world.

We don’t have further detail at this point, but we will keep a close eye on this one, as it is one of those games that deserves to be noticed.