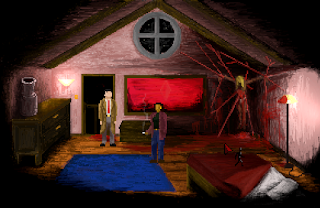 The point-and-click genre is one that has fallen right out of vogue in the mainstream over the years. It’s easy to understand why – these games have puzzles and progress is often locked behind a logic process of a dozen steps or more. If you can’t figure it out quickly, then the whole experience stalls, and while there are studies that show that crows can solve complex, dozen-step processes to score a treat, modern video game development “best practice” is to never allow a player end up in that situation. 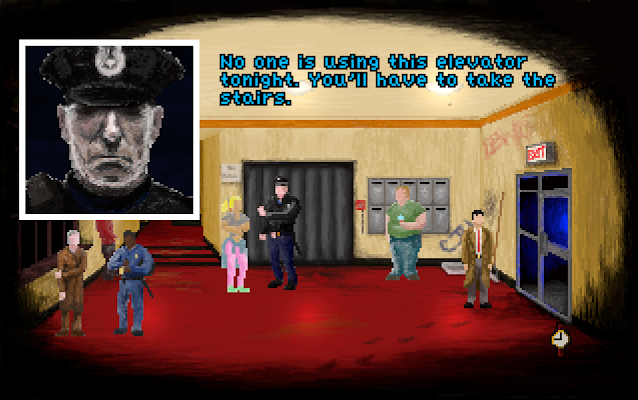 Thankfully for people that enjoy the point-and-click, platforms like itch.io exist. Abscission is a demo for a full release planned for later in 2021 which combines Lovecraftian horror with the classic point-and-click mechanics and pixel aesthetics of the genre’s golden years. You play as Detective Will Stanhope, who needs to question suspects and combine clues in order to make his way through a creepy mansion where horrible things have happened.
Kamurocho Nights

I’ve always loved how creative fan communities can be. The way people can get together around a favourite game, anime, film or whatever and help breathe further life into it by creating into their own stories, ideas, and concepts around the thing they love. The fan fiction space is, of course, massively popular, but one of the things I love about itch is that it allows people to share their own fan games (at least, as long as the publisher is willing to let unofficial use of their IP stand, though a surprising number of them are cool with it). 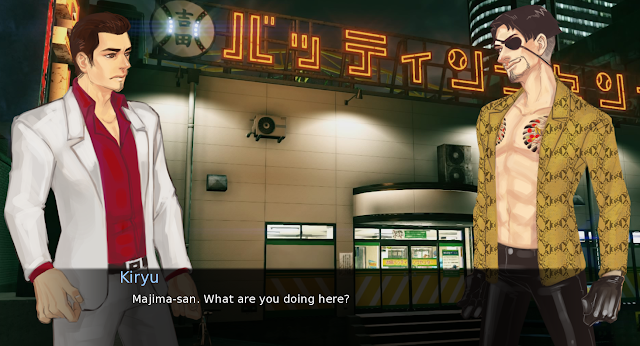 Kamurocho Nights is one such example, taking two of the popular characters from SEGA’s Yakuza series – Kiryu and Majima – and throwing them into a hardcore, 18+, yaoi “homage” visual novel. Unfortunately, the game seems set to never be finished – the developers note “getting busy with life” being the core reason (and fair enough – fan projects are a hobby after all), but it’s a pity, because the art looks nice and who hasn’t been waiting for Kiryu and Majima to sneak off to a love hotel for a bit? You can download the bulk of the game, for free and see where the developer got up to with their project.
Stargazing
When a game’s description opens wth “… is an experimental flatgame” and “… experiments with a collage of classical pieces from the British Library against modern visual effects and progressive ambient music,” then you’ve got my attention. Turns out that this is indeed quite compelling as a little artsy experiment that you can play in your browser, too (a download version is also available). 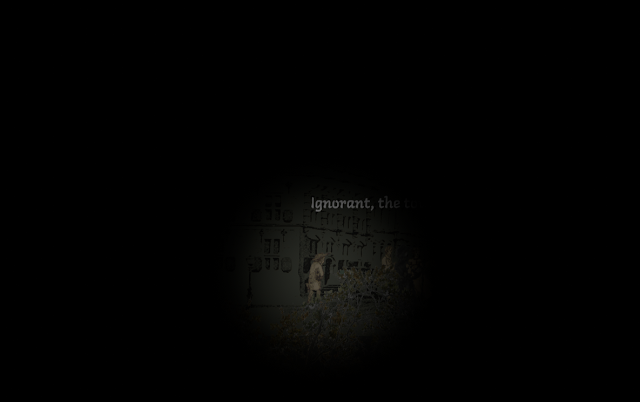 The game swings for the home run early on, with the first thing you experience being a town of people who are beset by a plague, but refuse to adjust their lives, even as people start dying… so, yes, the game is rather timely. It’s got some lovely art and has clearly been crafted by someone with a really strong vision. They’re asking for just a dollar to download the game (it’s free to play in-browser), and it’s the kind of game-as-art thing that you’re going to very much want to support.
Netaboku
To wrap things up this week, we’ve got Netaboku, a visual novel that is tackling a fairly challenging topic, but seems to be going into it with the very best of intentions, so hopefully it delivers. It tells the story of a bedridden young man who has the opportunity to go out and participate in the world courtesy of an android girl that he meets. 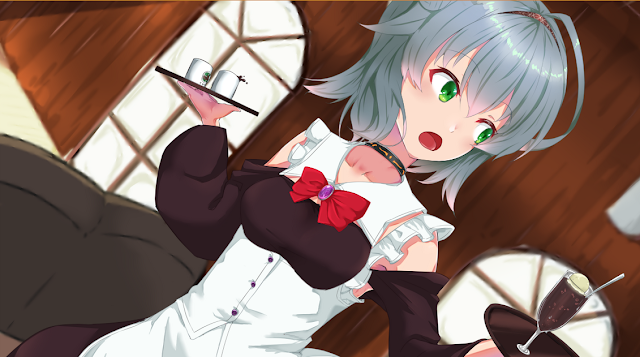 The game was inspired by The Avatar Robot Cafe, and as a broad topic it is of great interest to me – the intersection between humanity and machines/AI, and the ability for us to use technology to alter the very expectations of reality around us. Netaboku promises to be a light and airy take on the topic – it is, after all, a light and sweet romance at the end of the day – but it should be good for some thought-provoking moments. I also quite like the art style. It has a wistful quality that looks like it will suit the narrative perfectly.