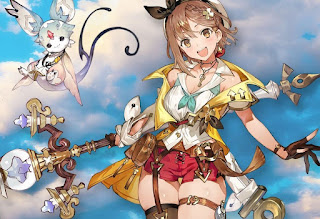 As anyone who reads DDNet knows, we love the Atelier series with a passion, and Atelier Ryza 2 is now just around the corner. Along with the exciting news from this year’s Tokyo Game Show that the game would be coming to the PlayStation 5 (and cripes does it look good on that console), we also had the opportunity to shoot off a couple of quick questions to the producer, Hosoi Junzo, to ask a little about what we can expect from the game.

Matt S: It’s rare for Gust to do a direct sequel to an Atelier game. Usually, you move on to a new protagonist and narrative, even if it’s in the same world and has returning faces. Was it just the commercial success of the first Atelier Ryza that drove this decision, or was there more in Ryza’s story to look forward to that you couldn’t get into the first game?
Junzo H: I had been thinking about creating a direct sequel with the same protagonist from the planning phase of Atelier Ryza. It turns out that the previous game was a success, and that players also wanted Ryza back to be the protagonist in the sequel, so we were able to work on a direct sequel. Of course, one big reason is that there is more in Ryza’s story that we want to tell. 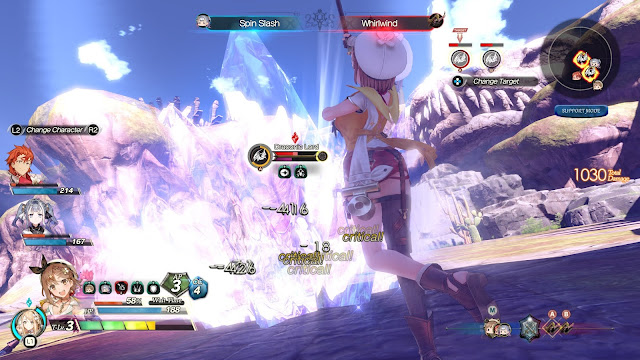 Matt S: What do you think is the reason for Ryza’s success? We all know the character design was popular, but do you really think the character design accounted for all those extra copies sold?
Junzo H: I think that the attractive character designs by Toridamono-san have contributed enormously. However, that is not the only reason; we also redesigned the game system, remade the field image and introduced many other new features. As a result, the first title has received many positive reviews and unit sales continue to increase.

Matt S: Still on the character design – do you think that Atelier might go back to the petite look for its protagonists in future titles, or is Ryza’s popularity too much to ignore (sorry for asking questions about even further down the track, but the character design is a big part of the series appeal to me)?
Junzo H: I did see the various reactions when the character design of Ryza was announced. Allow us to answer this question in the not too distant future. 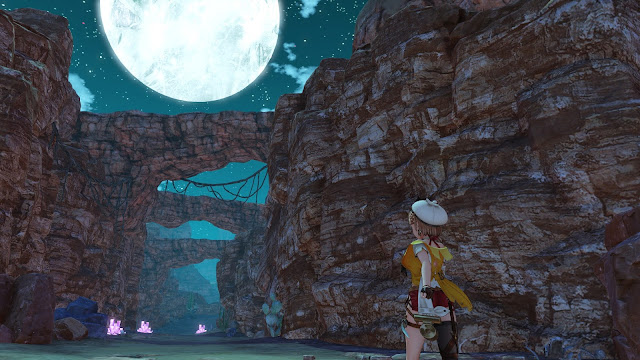 Matt S: Every Atelier game to date has been a real coming of age story, as a young girl goes out to find herself and her place in the world. But with Ryza, she has already gone through that development arc in the first game. Does this mean Ryza 2 was written with a different narrative philosophy as well?
Junzo H: It is still a coming-of-age story for Ryza, in going out to the city from the countryside, acquiring new insights and encountering new people. To a certain degree, we also believe you can relax and just enjoy.
Related reading: For even more insights from Hosoi-san on the development of Atelier, check out our interview with him from TGS last year.

Matt S: There are some new faces that will be introduced with the new game. What role will these characters play in the new game, beyond what the returning cast offer?
Junzo H: While we are keeping the exact number secret, there will be many new characters appearing. Most of the new characters are city residents, so they will have outfits and values that correspond with the city. 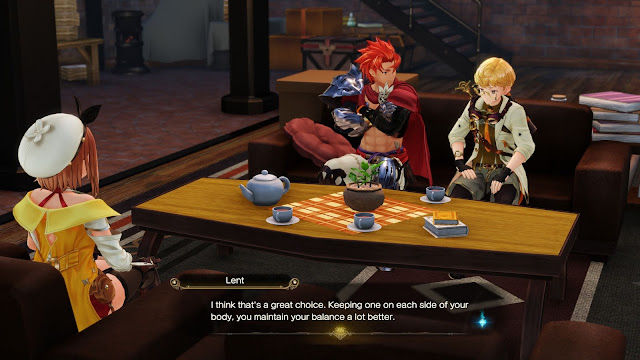 Matt S: Atelier Ryza was interesting in that it had a more serious tone to it than previous Atelier games. It was still light and charming, of course, but my read on it was that it also tackled more serious themes in a nuanced and meaningful way. Can we expect more of this for Ryza 2?
Junzo H: The goal of Atelier Ryza 2 is exploring the remains of ruins hidden in various places. During the exploration, problems may arise, while at times something good may happen. Like the previous game, Atelier Ryza 2 will have both a light side and a serious side to the story, which we think players will enjoy.

Matt S: This question isn’t related directly to Ryza 2, but unfortunatelly with TGS cancelled, this is the first time in over half a decade that I haven’t been able to catch up with someone at Gust personally. Has the disruption from the pandemic been challenging when working on Ryza 2, and how do you think the Japanese games industry as a whole has come together to get through this challenging time?
Junzo H: Yes, Koei Tecmo has been heavily affected. Many members of the development team switched to remote work and continued development from home.

Although it took an effort for us to stay on track, we had a clear goal for this title and managed to achieve it, fortunately. It is hard to say from the perspective of the industry as a whole, but our company is putting the health of employees first, and banding together as one to get through this challenging time. 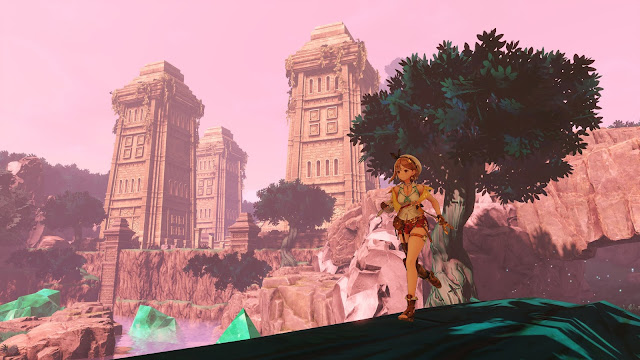 Matt S: I’m sure you heard plenty of feedback from Atelier Ryza from fans of the series and newcomers alike. How did the team balance out the desire to take on the feedback with their own creative ideas for this sequel?
Junzo H: Regarding Atelier Ryza 2, much of the feedback from the fans corresponded with the reviews from within the dev team. As a result, it wasn’t difficult to come up with ideas. However, we had to take great care when deciding how to introduce new ideas while keeping the good points of the first game.

Matt S: Finally, is it too late to get Dee Dee – the DigitallyDownloaded.net mascot – a cameo in Atelier Ryza 2? She and Ryza could be great friends!
Junzo H: If it’s DLC, maybe!

So there you have it, folks. We can get Dee Dee into Atelier. All we have to do is keep asking the developers nicely enough!

But in all seriousness, Atelier Ryza 2 should do an excellent job to continue building the profile of the most excellent Atelier series. It’s only a few months away now, and we can’t wait to get stuck back into the world of Ryza and her friends.