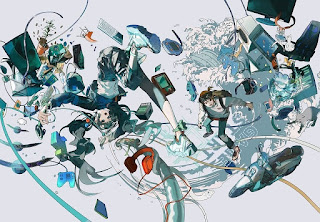 News by Matt S.
There we go. I’ve been saying that the big and interesting news as far as TGS is concerned comes from the latter half of it. It’s always been that the first two days of the show are more internally-focused and the second two are more about the community, and that has certainly played out this year around, with Saturday’s streams from the virtual convention being, on the whole, excellent and filled with great news.

The day started with D3 Publisher, which focused (wisely) on its key property: Earth Defence Force. The company has two EDF games on the way; one is the blocky, LEGO-like EDF: World Brothers, which looks like a charming hoot, particularly in multiplayer (split-screen for the win). The second is a “proper” sequel, the exquisite-looking EDF 6. That one’s getting a release in 2021.
It wasn’t just EDF news, though. D3 also showed off some of a new side-scrolling JRPG by Felistella that it is publishing, called Maglam Lord. We don’t have a western release date for this one just yet, but we really need one. This game looks to be excellent.
Following on from D3 came Happinet’s turn. Happinet is a newish publisher in the video game space (at least, as far as I can tell), and had a two-hour show that was wall-to-wall exciting stuff. The entire show is worth watching in its entirety, so I’ve just included the full replay below for your viewing pleasure. Happinet is publishing SHMUPs such as Deathsmiles I & II and R-Type Final 2, as well as games for Compile Heart (Neptunia) and Inti Creates (Gal*Gun). It’s also taking on a Utawarerumono Dokapon board game thing.
But it’s the visual novels that Happinet is bringing to market that are most exciting. Food Girls, for example, looks like a celebration of both food and cute anime girls, and is being made by Justdan, a developer that has done a lot of work with Idea Factory and other fanservicey favourites. But it was Jack Jeanne that caught my attention the most. This is an otome rhythm game/visual novel combination about opera, and it is both gorgeous and exactly the kind of concept I like seeing in my games. There’s no word about a western release for this one at this stage, but you can be sure that I’m going to push all the publishers I know for it.
From there we moved to Spike Chunsoft. Sadly, Spike spent its entire presentation on Cyberpunk 2077, a game that looks more exhausting and anything but cyberpunk the more I see it. Of course, Spike would have invested a fortune into the game so it’s not surprising that they wanted to spend time showing it off at TGS, and the localisation does actually look like it is of very high quality.
Level-5, meanwhile, had a new Ni No Kuni title as its marquee show reveal. Now, unfortunately, this new Ni No Kuni – subtitled Cross Worlds – is a mobile game. The Japanese enjoy their mobile JRPGs, and so this isn’t actually that surprising. Fortunately, the game does look really gorgeous, and so if they can just get the narrative and monetisation right, this could become the mobile game to pull me in in a big way.
Konami’s show was dominated by a mobile JRPG too, called Edens Zero. This is a science fiction manga series that has been kicking around since 2018, and certainly seems popular enough. There’s also some crossover with Fairy Tail, with Happy showing up there. No news on a western localisation of that one, but usual drill about how people who assume that Konami is on the decline just don’t understand how that company works.
Finally, though, was the big one for me. Koei Tecmo! The publisher held a two-hour stream, and while it didn’t announce the new Dynasty Warriors that I was hoping it would, it did share some excellent details about the upcoming Atelier Ryza 2 and Hyrule Warriors: Age of Calamity.
Atelier Ryza 2 will be coming to PlayStation 5, and one presumes it will be updated to take advantage of the hardware power of that console (and the footage that they showed off in the stream is gorgeous). We got to see some extended gameplay from Age of Calamity, meanwhile, and the scope and engine of that game is also incredibly impressive.
A lot of really interesting stuff, from the big Japanese publishers right down to the most indie of visual novels. With one day left of TGS, the overall impression of the show has been really positive – being unable to host a physical event has sucked, but everyone has come together to make the most of it.
– Matt S.