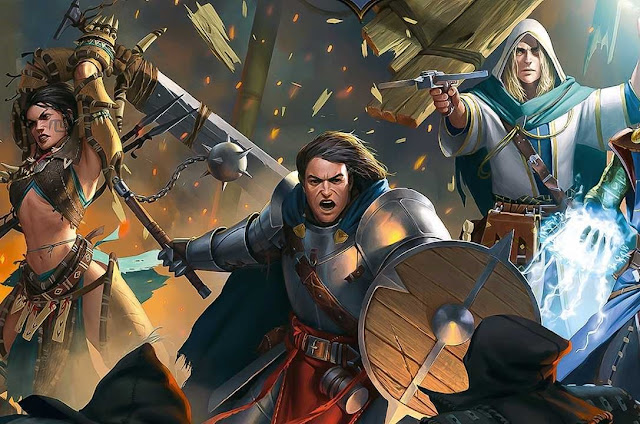 To explain why I love Pathfinder: Kingmaker, I need to first explain why I love Pathfinder itself. As I was growing up, and deep (deep) into Dungeons & Dragons, I collected the two magazines that were published to support the game: Dungeon, and Dragon. At one point Dungeon and Dragon shifted to a company called Paizo to publish, and Paizo dutifully went about crafting all kinds of fascinating articles about how to play the Dungeons & Dragons game (Dragon) as well as new adventures and quests to play every month (Dungeon).

Then Wizards of the Coast moved from the popular 3.5 Edition to the MMO-inspired (and much less beloved) 4th Edition, and at the same time decided to move those magazines to digital, self-published online publications. Paizo was left in the dark, and the faithful community that they had built up around their excellent understanding of 3.5 Edition rules and their excellent adventure writing was stopped cold. But not for long, because Paizo then went and did something amazing. They published Pathfinder, which was a slight spin on the 3.5 Edition ruleset, but still generally faithful to it, and just like that, many rusted-on Dungeons & Dragons players found a new favourite pen-and-paper RPG to play instead of that World of Warcraft wannabe that Wizards of the Coast was pushing.

So with all of that historical context, it seems appropriate to me that, while it took many years to get our first true Pathfinder game (the original rulebook was released back in 2009), what would eventuate is the sequel to the classic D&D adventure, Baldur’s Gate, that we, the fans, have been itching for for many years now. Pillars of Eternity was fine, though Obsidian also worked so hard to put their own spin on it that it is only superficially familiar to Baldur’s Gate fans. Baldur’s Gate 3 is just around the corner and it may well be the true sequel, but Pathfinder: Kingmaker does absolutely everything right. 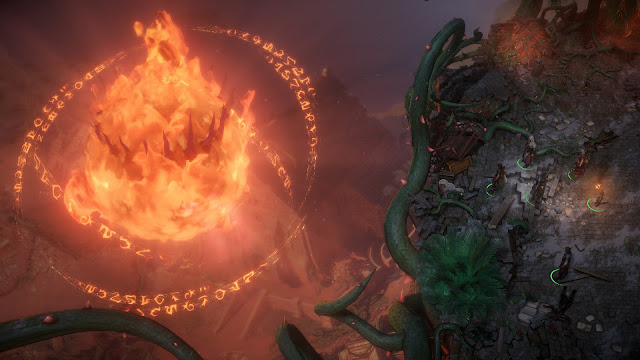 A fair warning going in, though: I haven’t done everything that this game offers. My in-game clock tells me I’ve played for 100 hours. That, I must stress, does not include the number of times I’ve needed to load old save files because I found myself stuck somewhere. This is a long-haul game, though in comparison to 99 per cent of other games in excess of 100 hours in length, I would say that this one has a decent rhythm and narrative flow to it. It could have used a bit of trimming, but it’s structured in such a way that major events, which seem integral to the plot, occur at the right rate.

You start your adventure being one of a large group of aspiring heroes that have been given a quest to liberate a lawless region that sits on the borders of a nearby kingdom. Immediately a group of assassins attack the castle, and you – along with a small group of survivors – end up banding together to take on a quest that suddenly seems that much more pressing. In that opening chapter, not only do you need to keep an eye out for the traitor that let the assassins in, but you also need to help out a local inn owner deal with some bandits, skirmish with a dangerous cabal of magic users (rescuing a bunch of slaves in the process), grow your group of heroes, fight a troll or two and, eventually, take on the leader of the bandits for ownership of the region.

There’s enough material in there for a game all by itself, but that’s just where Pathfinder gets started. From there you find yourself managing a fledgling kingdom, resources and all, and dealing with all the political intrigue to go with your ongoing adventuring. What I love about this – and why I’m willing to forgive the game its length – is because it does closely mirror the way that Pathfinder started out. Right back in those early days the principle way to play Pathfinder was through the monthly published adventures. Again, these things were really well written, and organised into “arcs” of a sort, where each month’s magazine contained a self-contained adventure, but when they were combined together they formed a truly epic storyline (one that would typically take a year to play through at the rate my tabletop group gamed). So, really, the narrative flow and structure of Pathfinder: Kingmaker closely mirrors the experience of playing pen-and-paper Pathfinder, and it’s hard to fault the developers for achieving that vision. 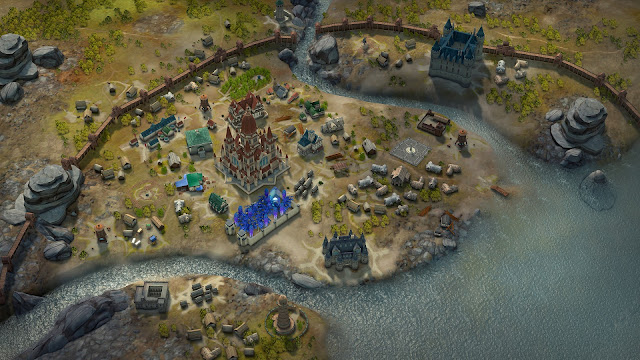 Pathfinder: Kingmaker has all the features that the Baldur’s Gate of yesteryear did; a top-down isometric perspective, as well as an expansive roster of characters, each with their own stories to share, and quite open freedom to allow you to really take control of how the narrative plays out. It’s the kind of game that you’ll end up wanting to play through a couple of times (even given its length) because there’s simply no way to experience it all in one go. Some of the most fascinating stories and locations are completely supplemental to the main plot, and it can all become so overwhelming that Pathfinder can almost feel aimless at times. Even when you’ve got a major objective ahead, you’re often forced to simply wait for time to tick over so the objective is ready to go on, which only makes things feel even more aimless. Some players will find the lack of cohesion and excess of downtime to be a drain, but I rather enjoyed the more sedate pace that the game lets itself play out over.

Once you take over the role of local king, there’s a mess of diplomacy and strategy elements that get added in over the top. You need to assign tasks to people, decide how your empire grows, and deal with tensions on the borders. This is, obviously, something that Baldur’s Gate never did, and it’s a fascinating addition, further broadening the scope of Pathfinder beyond the exploration and combat and building on that true epic approach to narrative. Much of this can be automated if you do want to focus on the questing and combat, but I recommend dealing with it all personally. It’s no great empire builder, but it is interesting nonetheless.

The game does a good job of presenting the Pathfinder world, which might not be familiar for some players, given that this is the first proper attempt at a Pathfinder RPG. Scattered throughout are books of stories and lore, and there’s a glossary that can be pulled up for every world and narrative-specific term that’s dropped in the dialogue. The only point of issue that I have is the art. Pathfinder has a distinctive and quite beautiful art style through its books and printed products, but this game doesn’t quite capture the aesthetic as well as I would like through the in-game character models and environments. 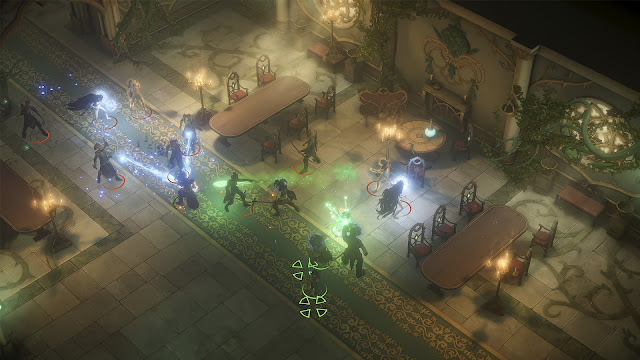 I hope this is just the start for Pathfinder in video games, and I like the future that Kingmaker promises. It’s a major time commitment, sure, but Pathfinder: Kingmaker has the kind of narrative arc and development that perfectly captures the essence of playing a tabletop RPG, only in digital form. That’s something that I haven’t really felt since the era of Baldur’s Gate itself and for that I really appreciated what the developers have achieved her.

On history, authenticity and social responsibility: Wargaming and World of Tanks

Pathfinder: Kingmaker – Why I love this game