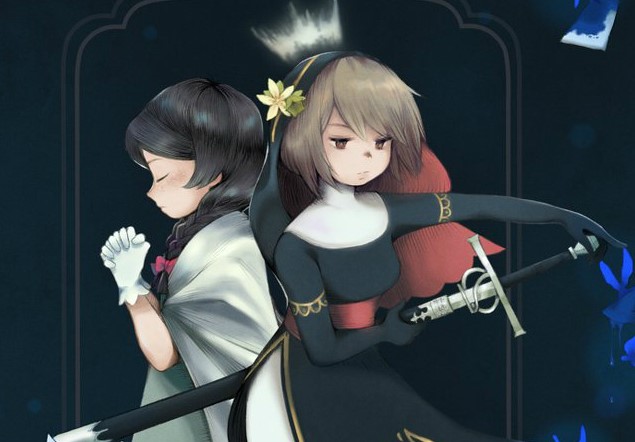 I do get the thought process that went into Minoria. “Let’s take Castlevania, and throw some Dark Souls-like difficult boss battles into the mix” is… well, it’s a proven quantity at this point. Everyone knows that European gothic, Castlevania, Dark Souls and challenging boss battles are popular ideas at this point. Throw in the sexy nun trope, with a slit up the side of her robe big enough to keep you hypnotically watching her legs move with every step she takes, and you’ve got Minoria.

Minoria’s problems are that it does none of the above as well as I’d like it to… or as well as some of the many (many) other games with similar themes have. For the most part, it plays really well, but at key moments the controls are just a touch too loose for the precision that a challenging game requires. The block and deflection button, in particular, is a slightly-off mix of unresponsive to activate and over too soon animation loop for a game that really, really wants you to use that button. The solution the developers landed on was to make the common enemies a little too rote, predictable, and bland for their own good, leaving the bosses to carry the combat chops. Unfortunately, those bosses are either far too predictable in attack patterns (thus making them too easy) or truly painful to deal with.

The other big problem is that the game is so brief. Now, I’m usually one to suggest that short games are preferable, and Minoria’s four or five-hour runtime is appealing on the surface of it (or a bit longer because some of those boss battles will require most people take a couple of swings at them). Minoria’s problem is that it’s one of the rare games that actually deserves to be longer than it is. There’s an appealing narrative and setting in there, with sexy witches battling it out and a princess that may or may not be a monster, but it’s all so brief in execution that it never manages to be more than a tantalising tease. 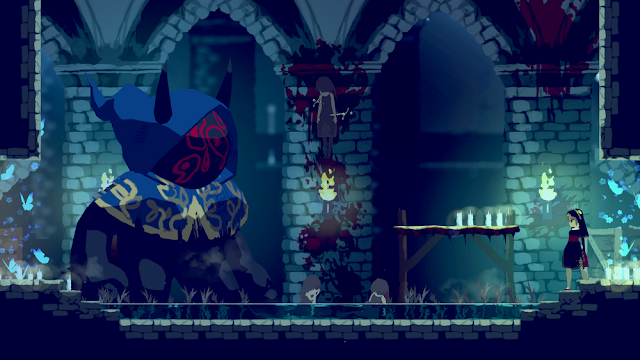 Minoria is a pretty game, which plays nicely into just how tantalising it is, but it doesn’t really do much with it. The European gothic environments are gorgeous, but don’t tell much of a story, and the character designs are all intriguing, but never really fleshed out into truly great characters. Minoria comes from the same developer behind the Momodora series, which is one of those indie darlings that very much preferences the gameplay over the narrative, and I do appreciate that. As a whole Minoria is a slick, fast-paced, visceral action experience. That I’m left feeling hollow is largely due to my simple, singular wish that there was context to it.

While I am being nitpicky, though, I would have preferred the exploration to be a little more refined. Minoria follows the Castlevania format pretty closely, whereby areas are locked off to you until you find the requisite key to unlock them (usually literally a key). The backtracking to explore those new areas is never onerous on account of the small map sizes, but there were a couple of moments along the way that I backtracked to the wrong place (assuming that a key would unlock an area that I actually needed another key to unlock). It’s hard building the kind of 2D labyrinths that make for a good “Metroidvania”, and Minora comes closer than many, but doesn’t quite hit the balance of reward and excitement that comes with the best examples of this “unfurling map” approach to level design.

Minoria is excellent, but it’s also very limited. It’s beautiful, the action is solid for the most part, and there are plenty of intriguing ideas running behind it. The game’s problem is that it deserved a bigger vision than the modest execution, and while that is a much more preferable problem than the other way around (too much ambition for too little means), it still means that Minoria will be forgotten well before it deserves to be.

On the appeal of pixel art; Romancing SaGa Re:universe’s artists