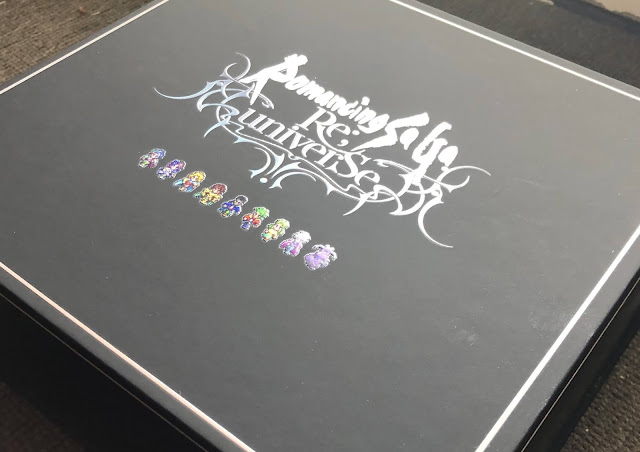 A really lovely little box of goodies showed up on my doorstep today. I’m not usually a fan of sharing them online, since they’re generally of limited news value, but this one had some goodies that were just too good not to share… and there was a couple of interesting tidbits and sound bites of information in there too which will be of interest to anyone who enjoys their retro JRPGs.

Related reading: On revitalising Romancing SaGa – our interview with the series producer.

The box was to celebrate Romancing SaGa Re:universe – a mobile game that has been around for a few months now, but there seems to have been a recent major update, which is why I assume the boxes were sent out by Square Enix. I haven’t actually played it myself yet, but it’s one of those free-to-play JRPGs that have become such a staple on mobile, and on looking around at player response to it, it does seem to have gone down pretty well. As a fan of the other Romancing SaGa games, I probably should check it out… 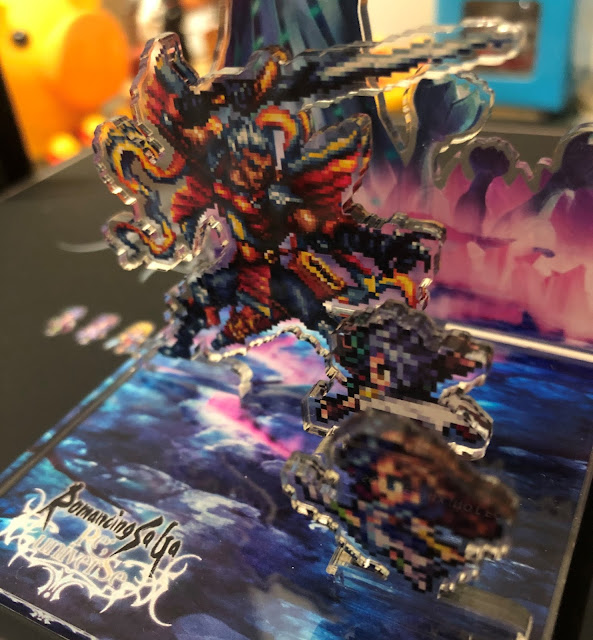 Anyway, inside the box were some gorgeous postcards of art from the gorgeously artistic aesthetics of the game. However, the real delight was a little acrylic diorama, depicting a couple of pixel heroes fighting against a pixel boss-enemy, with a pixel background. I actually collect acrylic figures for some of my favourite properties (Hatsune Miku, Fire Emblem Heroes), and this little diorama is of an exceedingly high standard, such that it will take pride of place in one of my cabinets of the stuff.

Finally, and of particular relevance to DDNet as a games news, reviews, and information site, was a booklet that included some quotes from the artists that have worked on Re:universe on the appeal of pixel art – both in terms of the game and in general. As someone that will forever champion developers that want to use pixel art, I quite like these quotes, and found them quite insightful in understanding the enduring appeal of pixel art, so I thought I would share them. 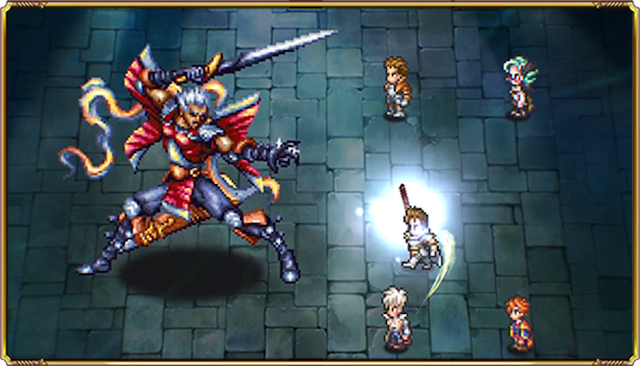 Question (printed in the booklet – to emphasise, this is not an interview from me): What do you think the appeal of pixel art is?
Yuko Fujihira (Pixel Art Director): Since the designs for pixel aren’t so complex, they’re very easy to process visually. They’re easy on the eyes, you could say. From a tiny world of pixels, a whole new world opens up. I put love into every single pixel I add, and I hope that can be felt by those who see the art. It would bring me much joy to be able to let people experience the wide and gentle world that pixel art offers.

Question: What do you think the appeal of pixel art is?
Yuya Araki (Pixel Artist): Of course, while high res graphics and CG have their merits, I do believe pixel art has a distinct appeal of its own. I really like the idea of allowing players to combine the pixel art and illustration in their minds, and using their imagination to visualise these characters in motion. In this way pixel art facilitates the creation of CG-quality action in the minds of our players. We pixel artists put our heart into giving that experience to players, so we hope that pixel art games continue to flourish into the future. 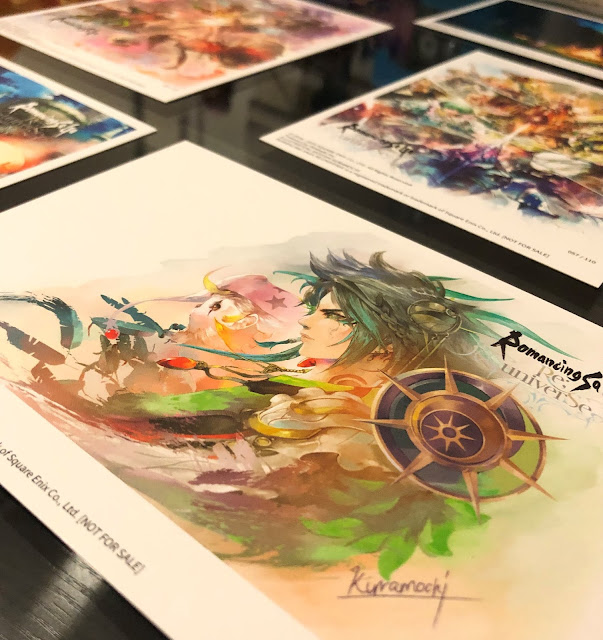 Romancing SaGa has had a long history, and is indeed one of the longest-running properties in Square Enix’s big library of properties. The original SaGa was released in the west way back in 1990 for the Game Boy (then, it was called The Final Fantasy Legend). Now, the series is about to come full circle, because later this year, the first three SaGa games – the Game Boy trilogy (i.e. the Final Fantasy Legend series) – will release as a retro collection on the Nintendo Switch. I, for one, cannot wait for that. I love those games so much.