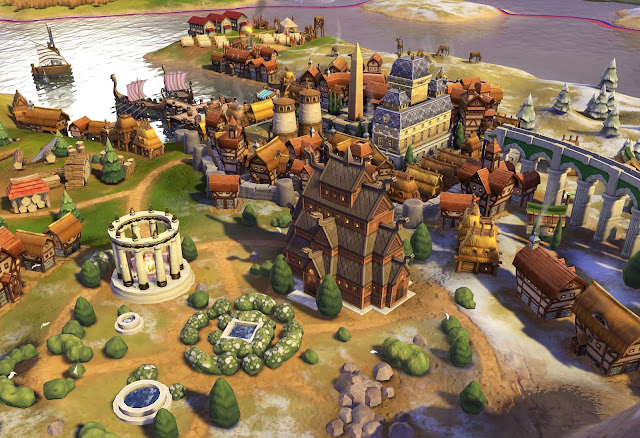 A few months ago 2K Games announced a “season pass” for Civilization VI, which would bring new civilisations and national leaders to play with every couple of months for a year. The company has now revealed what the next drop will involve, and it’s a goodie – Gaul and Byzantium.

In addition to being able to play as these two nations and their leaders (major missed opportunity in not making the leader of Gaul Asterix and Obelix though), there will also be two new world wonders to discover and a new (optional) game mode: Dramatic Ages. Dramatic Ages sounds really good, as it emphasises the impact of your civilisation entering a Golden or Dark Ages, and the Dark Ages is particularly brutal now, as it will convert a portion of the empire to Free Cities, liberated of your control.

We’re at the halfway point of the season pass with this new DLC dropping (it lands on all platforms on September 24). Looking ahead there are only three more civilisations to come, and I do think it unlikely that my pick for the ideal civilisation not currently represented in game – the Ainu – will eventuate. On the other hand, if this season pass has proven to be a success we may well see another one later on (perhaps to go with a PlayStation 5 and Xbox One X port of Civilization VI), so do continue to let 2K know which civilisations you’d like to see added.