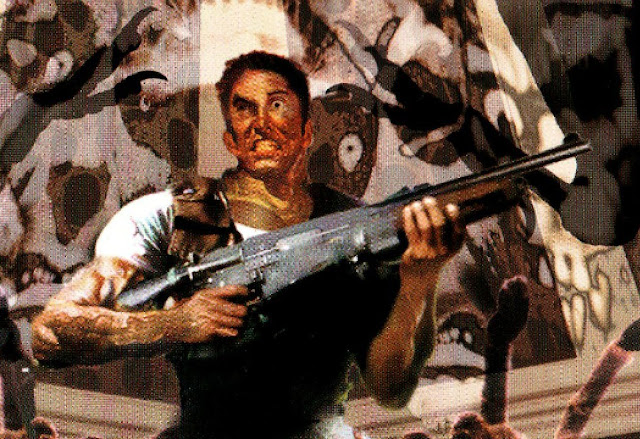 “I have a friend who told me that he couldn’t sleep in the same room as the box Resident Evil came in; he had to move it out of his bedroom every night. Another fan told me he played it around age ten. He lived in Norway and, being under eighteen, wasn’t technically allowed to buy the game. He and a friend convinced an adult to buy it on their behalf, and they played all night. He learned the next morning that his friend suffered nightmares so severe that his mother threw the game away.”

Related: The author of this book, Philip J. Reed was kind to appear on a recent podcast about this book (and other things). You can tune in here.

I’ve always had a respect for Resident Evil as a game series, but I’ve found it challenging to write about. It’s a spooky game series which largely boils down to schlocky, meaningless titillation; design choices made to maximise in-the-moment panic and a paper-thin plot that crumples the second the game is turned off. But Resident Evil is also a cultural touchstone, it’s by far the longest-running survival horror franchise, and on its release in 1997 it made many people realise that games could be more than high scores and saved princesses. How could Resident Evil ever be those two things simultaneously? So dumb, yet so clever? So meaningless, yet so meaningful?

This is a question which Philip J. Reed tackles in Resident Evil, the latest in Boss Fight Books’ deep-dives into individual video games that have shaped the medium. I’ve sadly not been following Boss Fight Books even though its entire business model is exactly what I’ve wanted out of games criticism for the past few years. A cursory glance through shows that the editors welcome different approaches for each game: there’s no strict guidelines for formal analysis or personal reflection here, and each author has the opportunity to put their own spin on the material. Reed’s Resident Evil leans towards the more personal side. While there’s still excellent design analysis within, the focus is on how the game’s design impacted the author, and how it might have felt for a teenager playing it for the first time in a dark room in 1997.

It’s just as well too, because Resident Evil as it was originally released is not a game which exists anymore. Literally speaking, it’s hard to find in its original form, though the REmake is available on just about every platform conceivable. But even if a player were to track down a PS1 and the original game disc, playing Resident Evil in 2020 is fundamentally not the same. It’s the difference between a game on the cutting edge of what graphics, sound and level design, and a game which very much shows its age. As of this time of writing, Resident Evil is years old. It came out 23 years ago, and for context, 23 years before the release of Resident Evil, people were playing games as utterly simple as Colossal Cave Adventure. 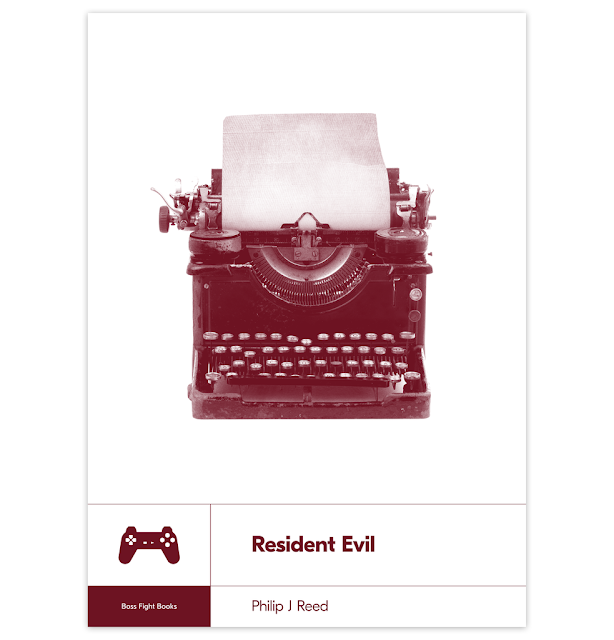 What Phil Reed’s book does so excellently is put readers into the shoes of players experiencing the original Resident Evil for the first time. The author draws upon his own personal experience, his recollection of the level designs, and the various attempts throughout his life where he tried to beat the game in its entirety but was rebuffed by fear. His descriptions make the setpieces come alive in a way that blocky PS1 graphics simply can’t anymore, and the words foster a genuine appreciation for the design choices that Shinji Mikami and Capcom made to give the first game its impact. This book thus acts like a time capsule, preserving the surprise and significance of the original game even as actual footage from the PS1 title grows more and more silly with age.

For series aficionados and those who grew up with Resident Evil, Reed has conducted a series of eye-opening interviews with the original game’s cast members (both voice acting and live action; surprisingly they’re not the same people) as well as theorists on the nature of horror stimuli. Within his exploration of Resident Evil’s effect on the player, there is a fantastic analysis of the horror genre as a whole, and why audiences seek out experiences which shock, unnerve and frighten us. All of this builds the reader’s appreciation of Resident Evil even more – by the end of the book, we’re given a comprehensive breakdown on each and every front that the game succeeds on, whether it be gameplay, pacing, narrative design or thematic discussions.

But Resident Evil the book doesn’t shy away from the jankier sides of the franchise either. Many segments contain direct quotes from the game as-is, because nothing could be quite as unintentionally funny as the game’s script itself; I had to stop reading on multiple occasions because I was chuckling too much. The writing style has the wry, honest tone of an expert on an imperfect subject, and Reed’s recognition of the sillier side of Resident Evil prevents the book from being too relentlessly laudatory.

Overall though, the original Resident Evil comes off very well in Phil’s analysis. This edition of Boss Fight Books is one of those rare works of games writing which gives meaning to something that many audiences might first palm off as meaningless. Sure, Resident Evil is a game about shooting zombies, and it is by no means a smart game. But the act of reading this book infuses the 23-year-old PS1 title with an insightful set of new meanings – whether it comes from the personal accounts of people whose entire worldviews were changed by the game’s jump scares, or whether it comes from the incredible sequence of close-calls and blunders in the game’s production, which led to some of the game’s most memorable moments. 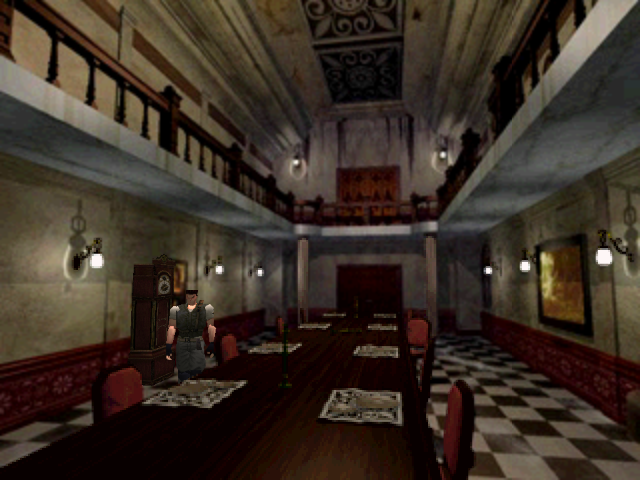 In Heather Alexandra’s excellent essay titled “Games Criticism is a Kindness”, she applies the line of thinking which I did in referring to the original Resident Evil as “not a game which exists anymore”, but to the entire medium as a whole. In her words: “Digital culture moves at a mile a minute and even the finest of works—the ones deemed “important” by the culture—are fleeting experiences. They are trash in the sense that they are ephemeral and that pop culture, particularly video game culture, is built around the idea that media is to be experienced and then discarded.” I think Resident Evil encapsulates that idea brilliantly – for all its impact, for all its legacy, and how well it lingers in the minds of those who played it in its original form, what hope does it have standing up in the PlayStation Network next to The Last of Us? And 23 years from now, won’t The Last of Us be just as dwarfed by something else, with only the people growing up in the 2010’s keeping the memory alive? (Here’s hoping that the new game 23 years from now won’t have zombies in it, though.)

Resident Evil may be an ephemeral game past its heyday, and the problems within its design may certainly have been just as glaring on the day of its release. Philip J. Reed’s work in his book does the important task of memorialising the game in its original form, rationalising how it came to be and extracting the lessons about horror, human nature and personal growth that stemmed from a metaphorical of trash heap of zombies, gore and stilted voice acting. So to close with more words from Heather Alexandra: “Criticism understands that most of the games we play and movies we watch are not world-shaking … It highlights the beautiful, rejects the banal and does so explicitly from a position of kindness. The dumpster diver returns from the cultural heap and finds that one man’s trash really is another man’s treasure. Sometimes, it becomes their treasure. It becomes a thing that changes them forever.”

The powerful thing about Boss Fight Books is that they impart meaning and significance to the games they cover. They are a rejection of the dismissive thought that videogames are mindless entertainment, that they have no lasting significance in cultural or personal development. To read Philip J. Reed’s Resident Evil is to understand how a polygonal approximation of a rabid dog bursting through a window, and a subsequent Game Over due to fiddly tank controls, can be – completely unironically – a thing of beauty.