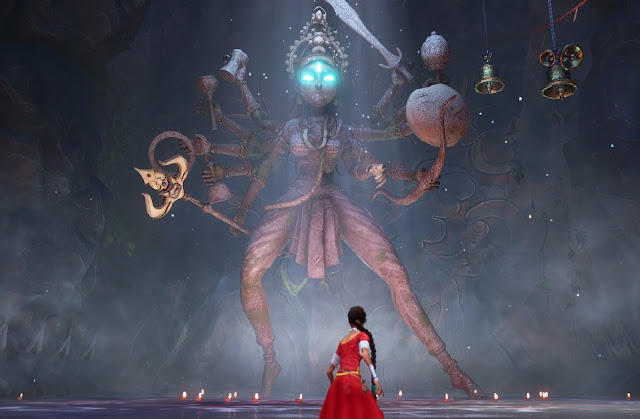 Yesterday/earlier today (depending on where you are in the world) Nintendo hosted a joyful little showcase of “indie” games, including a big pile of same-day drops onto the Nintendo Switch. It was actually one of Nintendo’s better performances this year, with a wall-to-wall dose of high creativity and vibrant, different ideas. In other words, what “indies” do best. Watching the ensuring discussion on Twitter and through the media, however, reminded me of how we really need to drop “indie” from our lexicon in video games.

There was a time, once, where “indie” served a purpose in describing game developers. An indie was a developer that wasn’t owned by a publisher, and was thus free to pursue its own creative visions or (as was more often the case) be available for contract work for one of those major publishers. There weren’t that many indies because the games industry relied almost entirely on physical distribution and it was a rare indie developer indeed that was able to consistently sell its games to the notoriously risk-averse box pushers at publishers. Indies also tended to be quite small, slotting into the third “tier” of the video game hierarchy – big publishers at the top, “B-tier” publishers in the middle, and then the humble indie at the bottom. Indie games weren’t expected to be major hits when they did get published, and the entire space was all about slotting into various niches and being the go-to there. A lot of indies got work as developers for hire for the Game Boy or Game Boy Advance versions of big-budget console titles, for example.

Then digital distribution hit, and then self-publishing emerged as a genuine possibility for indies, since they didn’t need to handle retail distribution. Now indies could operate just like publishers, albeit with a smaller market reach (since they couldn’t participate in the retail market). A more recent trend is boutique retail publishers such as Limited Run Games and Super Rare Games, which has given indies access to even the box product market. Coupled with the cheap availability of leading game engines from Unity to Unreal allowing for one-person “companies” to create compelling products quickly, and how indies operate and interact in the games industry has changed completely.

In recognising that, publishers have stopped touching the indies. Activision, EA, 2K, right through to the “B-tier” such as Kalypso, THQ Nordic and Nacon rarely engage with properties or developers outside of their own networks. Those publishers that want to get bigger (THQ Nordic and Nacon) do so by acquiring studios rather than publishing indie games. There’s a rare few publishers that do make discovering and promoting indies their entire business model (Devolver Digital, PQube), but with the wealth of indies out there now, actually getting the attention of those publishers is, if anything, even more difficult.

The point is, the existence of an independent developer has shifted. In some ways, they’re now truly independent – until they get acquired by a major studio they take responsibility for their own publishing, too. And because the activities and structure of indie developers has changed, so too is the way that people talk about them.


There’s the belief that an indie game is functionally inferior to the work of the big publishers, basically. Because an indie game isn’t loaded down with microtransactions and hyper-real, inhumane crunch-fueled graphics, there’s the fundamental belief across the industry that these things are inferior. Nintendo’s indie showcases are never as “good” as Nintendo’s own Directs, and it doesn’t matter what is shown in either – indies are the run-rate stuff that is thrown onto the console to keep the content flowing between big releases. At game shows, indies are crammed into tiny little booths, a dozen a row, as Nintendo or Sony flags proudly proclaim how much they “<3 indies.” Of course the real interest is in the three-hour lines for whatever Sony or Nintendo have brought to the shows, and again it doesn’t really matter what it is. It’s Sony or Nintendo. It’s inherently “superior”.

It is true that indie games can’t compete for the hyper-realism and performance of a Naughty Dog or Microsoft studio… but then they’re not actually trying to do that either. Indie games are being creative, different, niche. They’re not for everyone, sure, but for their target audience they’re every bit as poignant as a big studio project. And here’s why I think that “indie” is no longer an appropriate title for these developers. Because we’ve defined “indie” as smaller and inferior to big studio projects, we’re no longer able to discuss them in any other frame. It doesn’t matter that a hyper-niche visual novel might have a more powerful story than The Last Of Us 2 (note: most hyper-niche visual novels have more powerful stories than The Last Of Us 2), hyper-niche visual novels are “indie”, and therefore must be judged against the complete weight of The Last Of Us 2, and of course they come up inferior in the eyes of the mainstream.

I propose that we adopt the same dichotomy as we have in cinema – you’ve got your studio blockbusters, and your arthouse or “foreign” cinema (though please don’t adopt the latter term – nothing annoys me more than the assumption that anything made outside of the Hollywood system is the outsider). No one expects a Marvel film to be treated in the same was as a quirky film from Shion Sono. Sono is the arthouse director. His films are graded against different criteria, and not the expectation that they’re the rich, “big” experience of a Marvel film.

Similarly, if we had studio blockbusters in video games, the likes of Assassin’s Creed, Call of Duty and The Last Of Us 2 would be compared to one another within their circle. Meanwhile, the arthouse developers would be out there being assessed within their niches for what they’re doing, rather than what they’re not (i.e. not being blockbusters). What’s more, this dichotomy would be useful in that it would re-analyse the rare big budget art game (Death Stranding) within the context of it being art, rather than a “different” blockbuster (because “different” is a synonym for “bad” in that particular space).

This realignment in how we talk about “indie” games won’t convince those that have no patience for them to give a go, of course. There are plenty of people out there that have no interest in anything beyond the blockbuster (just as with cinema). However, what it will do is recognise that these games need to be treated differently – not as something inferior, but rather something different – and in doing so we start to shape the focus of the discussion around these games to what they’re doing well.

The most memorable games of the generation: Part 3