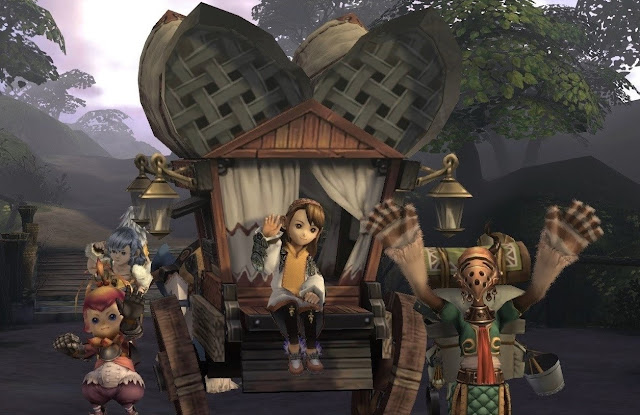 Final Fantasy Crystal Chronicles Remastered Edition is just around the corner now. It’s not really surprising that Square Enix would want to remake this game, as it is a beloved moment in the series history and, given that it was originally released way back on the GameCube, it will hit people with a warm glow of fuzziness as they remember their youth in replaying it.

Ahead of the launch, I had the opportunity to shoot the game’s director, Araki Ryoma, across a few questions for some more details. He was a little cagey about some of the questions, as you’ll see below; I was a bit probing with the questions, and he held the line in focusing on the game. Still, there are some interesting insights about what to expect from the game in the below:

Matt S (MS): Crystal Chronicles is fondly remembered for that multiplayer experience, but back on the GameCube it was local multiplayer, and the appeal was about interacting with friends in person. In what way do you think this will translate to online multiplayer?
Ryoma A (RA): Even if it is now online, the beauty of multiplayer is still the same as ever! I would love everyone to have that experience again, inviting your friends and working together with carefully-timed Magic Blasts in order to defeat monsters and exploring dangerous dungeons! Being able to invite your friends on different platforms rather than using a cable like in the original release makes everything a lot easier. With the new online cross-platform compatibility, you can play with your friends regardless of what hardware they use. Now, you can gather all your friends to play together just like the original, or you can play with friends who live far away.

MS: With the free-to-play version, and the ability for a person will the full game to “host” guest players, it would seem that you’re pushing very hard to make this as accessible as possible. Has there been any work done to enhance the game for a solo traveller, too?
RA: There are many new elements for the single player too! The Mimic system can be used even in single-player so players can take on the physical appearance of your favourite NPC characters, and being able to watch cutscenes again is something that was not available in the original, which should let players revisit their favourite moments easily.


MS: The remaster is going to have some new dungeons in it – do these dungeons have additional narrative and context as well, or was this approached more as an opportunity to extend out the length of the game with more material?
RA: The high-difficulty dungeons were added as endgame content to provide more value for players even after the credits roll. These dungeons have new monsters to face, new weapon and armour recipes to find, and new items to get, so there’s the opportunity to make your character stronger than ever!

While there are no additional story elements or cutscenes, all this extra material will make multiplayer even more exciting and give a reason for adventurers to keep teaming up together and coming back for more!

In saying that, in fact, there is one additional cutscene that’s been added somewhere in the game… If you’re interested, please go and look for it!

MS: I’ve seen in other interviews that one of your goals was to evoke a sense of nostalgia in players with this game – was there ever the temptation to let players “turn off” the HD update and simply play the game as it originally was? If so, why was this feature not implemented in the end?
RA: As this is a remaster of the original for modern players, the atmosphere of the game has not changed at all. I think that those who have played the original will be overcome with nostalgia, as they’ll be able to recognise familiar characters and locations.

MS: While the original game was generally well-received and reviewed well, a soft-touch / softer approach with the narrative was one of the few sticking points for some. Do you think that this will be an issue this time around, or have player expectations changed over time?
RA: As the story cutscenes were rather sporadic in the original, players may have found it difficult to grasp the entire picture of the story. In Final Fantasy Crystal Chronicles Remastered Edition, I think that being able to re-watch cutscenes will help to deepen the understanding of each character’s story. If you read back over the diary and re-watch memories, you may well discover that the story actually has quite a philosophical outlook and message behind it, which I hope players will enjoy discovering. 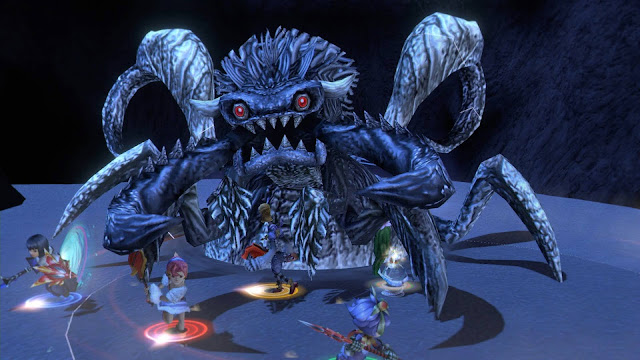 MS: Do you think the warm memories that players have for Crystal Chronicles is a sign that players do still want to see traditional fantasy in the Final Fantasy series, as the main series has moved progressively away from that?
RA: Final Fantasy Crystal Chronicles Remastered Edition retains the atmosphere of classic traditional fantasy, and I think this warm and cheery atmosphere is the very thing that helps distinguish it from other titles even today.

MS: Are there any hidden surprises or “Easter Eggs” for players to look forward to in the remaster?
RA: I can’t say too much about this, so please play the game and have a look!

MS: Crystal Chronicles was a big commercial success and from there we saw sequels and further game development. Is this remaster an attempt to test the waters to see if there’s room to renew the entire franchise?
RA: If anything, this remaster was created based on what I personally wanted to do, which was revisit this beloved adventure. It was not so much a tactical jab to feel out the competition and test the waters, but more a clear vision to bring back this specific entry, with all our focus and energy behind it.

MS: No doubt you would have spoken to many fans of Crystal Chronicles over the years. Are there any stories that they’ve shared that have been particularly memorable to you?
RA: This is just my own personal impression, but I feel that lots of fans who talk to me about their memories of the game played together with their siblings, parents or children. Having fun and playing with people who are close to you is something that I think is incredibly precious and want to preserve, so I’m pleased even more players will be able to play together and create new memories. 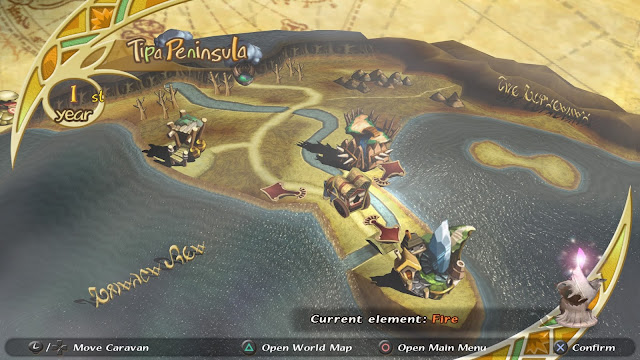 MS: Finally, what do you think players will find most memorable or interesting about the remake?
RA: The remake supports online cross-platform play, so please have lots of fun playing with the people who are important to you, such as your friends, siblings, children and parents!

The game will be out very soon now! Stay tuned for our full review!

For the love of Tohka, Idea Factory, announce a localisation of Date A Live: Ren Dystopia already