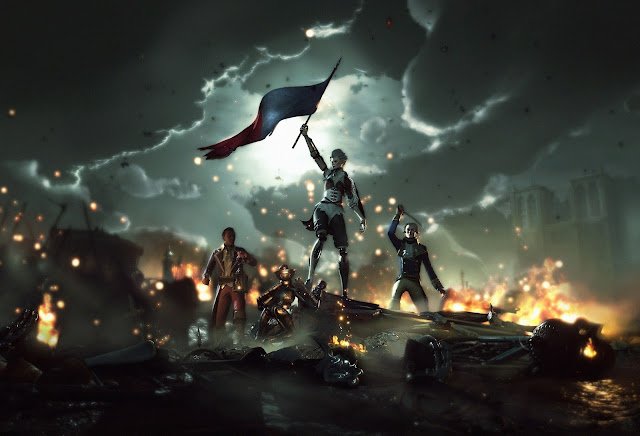 You may not have heard of Spiders Studio before. You should have, but the studio is infamous for making games that have a B-tier level of jank and clumsiness to the gameplay, so a lot of people have dismissed them for a long time on that basis. If you are able to get past that, however, Spiders games are conceptually, thematically, and philosophically deep, and titles like GreedFall, The Technomancer and Mars: War Logs are so much more interesting than the overproduced, shallow stuff that we see from most other western RPG developers.

I’m always keen on seeing what’s next from Spiders, but I never expected to be this impressed. Steelrising looks, and sounds, like a game that I am going to lose myself within completely. Spiders announced it last night, and here are the first details:

In Steelrising, you play as Aegis, a robot in female form, a masterpiece that serves as a bodyguard to Queen Marie-Antoinette, to put an end to the massacres carried out by the robot army of King Louis XVI, who seems to have gone mad while trying to suppress the nascent revolution by unleashing an army of out-of-control robots.

In this version of Paris, you find well-known monuments and others that don’t exist anymore. We recreated the Grand Chatelet, for example, and the Tour du Temple—the kind of places that characterize the period.

What would have happened if Louis XVI had been a tyrant and could indulge his passion for machines and automatons to crack down on the revolution in its early stages?

Oh yes, I do love my alternative history experiences. And, finally, I have a reason to upgrade to the next generation. Steelrising is not being released on this current generation. It will be exclusive to PlayStation 5, Xbox Series X and PC. It might not be the most visually spectacular game coming to those consoles (though it’s no slug, as you can see in the trailer), but I always said that the next generation will draw me in if and when we saw some properly artistically-minded games exclusive to those consoles, and now I have that.

Retro reflections: Remember when roguelikes could ruin you?