Here’s when we can play The Dark Pictures Anthology: Little Hope

Ever since Supermassive announced its Dark Pictures Anthology, we’ve been enthralled. When Man of Medan launched last year, editor-in-chief Matt S. wrote in his review, “Supermassive Game’s high concept – an anthology of horror stories – is off to a great start with Man of Medan. We don’t get nearly enough horror that aims to be thoughtful like this.” It’s now time for the next game to be launched, with a release date in sight. The Dark Pictures Anthology: Little Hope will launch on October 30 for PC, PlayStation 4, and Xbox One. Here’s a new trailer:

In the game, four college students and their professor are trapped in the isolated town of Little Hope. Nightmarish apparitions pursue them through an unending, dense fog. Players will witness visions of the past, haunted by the events of the Andover Witch Trials from the 17th century. You can play the title alone, online in Shared Story Mode, and with up to five friends in Movie Night Mode (offline, so maybe wait until post-COVID-19 for that depending on where you live).

All pre-orders will include early access to The Curator’s Cut, featuring new scenes and different playable characters. In Europe, there are also special physical editions available. The Limited Edition will include both Man of Medan and Little Hope, a cloth map, two map pins, and a steel case with four slots (for the remaining titles in the anthology). The Collector’s edition is exclusive to Bandai Namco’s European Online Store, and includes everything from the Limited Edition plus a replica of Mary’s 1692 poppet.

Rainswept is coming to consoles this month

If you love murder mysteries, Rainswept may be right up your alley, and it will launch for consoles very soon! 2Awesome Studio will be publishing the Frostwood Interactive-developed on three consoles, but also on three different dates, so make note based on your preference. The PlayStation 4 version will be available on July 21, the Xbox One version on July 22, and the Nintendo Switch version on July 24. Originally released for PC in February of last year, the console versions of the game will include the original version, a newly crafted control scheme (for gamepads specifically), and a new save system. It’s worth mentioning that the game currently has a rating of “very positive” on Steam.

Experience an emotional adventure in a small town, where a double shooting has occurred. Detective Stone arrives in town for what seems to be a straightforward case: a couple is found dead in the kitchen, and the locals believe it to be a murder-suicide. But it’s far more complicated than that. Stone has to unravel tales of love and unresolved trauma to get to the heart of the mystery, and in the process, his own past comes back to haunt him.

The original soundtrack is by Micamic, perhaps best known for its work on Downfall; other credits include The Cat Lady and Lorelai. The story is inspired by noir detective tales, reminiscent (according to the publisher) of Twin Peaks, Luther, and Memories of Murder.

Two Prekano romantic VNs are coming to console this October

Visual novel fans, listen up! Entergram will be publishing two games, developed by Prekano, and bringing each to consoles for the first time. Both Aikano: Yukizora no Triangle and Tonari ni Kanojo no Iru Shiawase: Curious Queen were released for PC in May 2019, and just over a year later, each will be launched for PlayStation 4 and Nintendo Switch in Japan. If that’s not enough good news, there’s more: each will be available for the PlayStation 4 both digitally and physically, with a premium edition for sale as well. The games will be released on October 29 (again, in Japan). 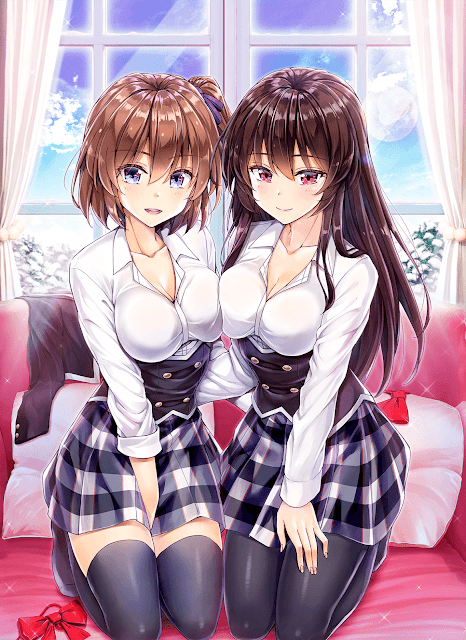 Aikano: Yukizora no Triangle (above) follows Shun, a former track and field member with one year left before graduation. His two close girl friends, Shizuri and Koharu, each plan to confess their love for him on Valentine’s Day – but with both girls requesting his presence at the same time in different locations, he’ll have to chose one. He’ll also have to chose his response, and deal with any consequences of that choice.

Tonari ni Kanojo no Iru Shiawase: Curious Queen is about Haru, who inexplicably finds himself drawn to Hana. Hana loves to bother him at school, teasing him and touching his hair. But he was never prepared for her to enter his home.

The news that may have originally come from E3 is still trickling in!

Several companies have held events, sometimes coming together like with New Game+ Expo, and other times going at it solo like Sony or Devolver Digital. Now it’s Microsoft’s turn to show off some goods. 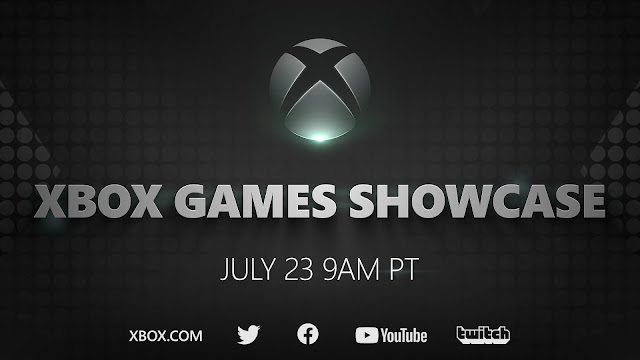 The Xbox Games Showcase will air on July 23 at 12:00 p.m. EST (or July 24 at 2 a.m. AEST). While it hasn’t been confirmed what will be included, there’s good reason to expect the first look at first-party games for Xbox Series X.