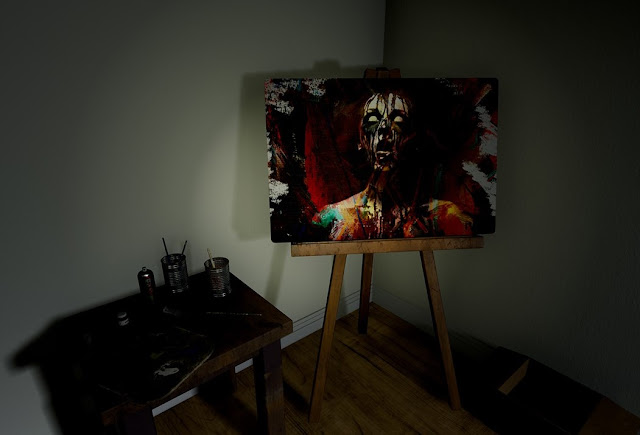 Indies love horror, and it’s easy to understand why. Horror is reasonably within the means of smaller developers from a scope perspective. It presents an opportunity to limit the scale of an experience – a single house can be a playground for exquisite horror. You don’t need so many moving parts – in fact some of the best horror games don’t feature more than one enemy and an awful lot of walking around. Finally, horror is one of the rare genres where players don’t have the expectation that a game runs for 30 or more hours. A solid, intense horror game that runs for five hours is sufficient if it’s pitched right. Infliction: Extended Cut throws the best pitch it can to be one of the many excellent indie horror games that are out there. Sadly, though, it misses the mark, and does so by a considerable margin.

The game’s biggest problem is the motivation behind its horror. Early on it’s quite clear that you’re inhabiting the body of a person who is in a kind of purgatory, forced to explore on loop a house looking for clues that piece together a mystery, with each loop getting increasingly bleeped up as the revelations become clear and the nice suburban house is filled with crumbling walls, grotesque nightmare paintings and even the odd trip to an asylum that just shows up out of nowhere. While the protagonist is doing this he’s chased around by a spirit-monster, but that’s really secondary and not the source of the real horror. What’s meant to be scary is what he has done and, without giving much away, this is a story of alcoholism, domestic violence, and a broken family.

The problem here is two-fold. Firstly; you’ve seen this narrative play out in games before. Many, many, many, many, many times. Infliction doesn’t even try to distinguish itself from retelling one of the most common themes for horror in existence. It also doesn’t do a particularly effective job of telling that story, with very laboured performances and overly predictable revelations that fail to be “shocking” because you know they’re coming right from the start. 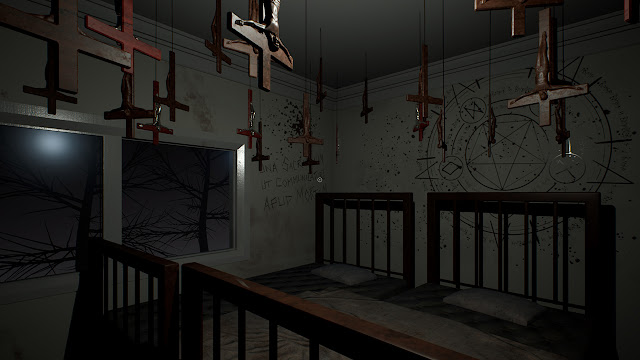 That’s not its biggest narrative sin, though. No. The real problem with Infliction is that it decides to muddy the waters of that narrative motivation by introducing Lovecraft into it for some reason. It’s truly odd to be exploring a standard suburban home that has the requisite “the dad’s a loathsome abuser” tropes scattered all through it, to then have to go find the Necromonicon, walk through pentagrams drawn in blood, and then play “banish the spirit with arcane rituals.” It’s weird to have a story that’s ostensibly about a man’s descent into guilt-ridden madness in this purgatory over what he did to his family, only to then pick up a camera that looks like it came out of a Project Zero game and use it to conjure up keys in the wall to unlock doors.

There’s no reason that this kind of heavy esoteric horror can’t work to disrupt something otherwise mundane – over in cinema The Devil’s Advocate demonstrated that in great style – but it needs to be done with purpose. In Infliction it’s all just… there. As though the developer tried to throw every creepy idea that the team could come up with in the hope that something would stick and make the players jump.

Nothing does, though, and that’s the biggest problem with Infliction. Even when you’re being chased by the spirit. Even when you need to hide and hope that you’re not spotted, in a clunky but mechanically effective stalker horror moment or two, nothing about the game really captures the imagination nor gets the hands sweating. It lacks the narrative intensity of a Layers of Fear, the repulsiveness of an Outlast, and the intelligent discourse of a Tokyo Dark. There’s another Lovecraft-inspired horror game available on Switch, in Lust for Darkness, and it too is much more effective because it blends eroticism with the esoteric in a way that is flawed, but distinctive, vivid and, importantly, memorable. Good horror can take many forms. When it is good, horror is memorable and lasting because horror should shock you out of complacency into a place of contemplation. Infliction exists without a reason to exist, as a harmless but generally ineffective pastiche of so many other games that clearly inspired the team. 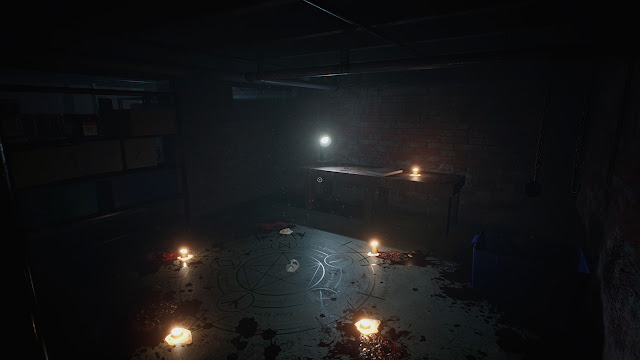 It is technically well made. The developer only had a limited number of environments to work with, but the game’s most effective moments are when it disrupts them with each loop in a way that does come across as momentarily unsettling. Coming across creepy paintings that weren’t there a few minutes ago is that kind of subtle shift in the environment that can put a player on edge. It doesn’t do enough with it, but it’s there, and visually it’s impressive enough. Unfortunately, the character models, which don’t show up very often but are important when they do, are primitive to the point that you’ll be more inclined to laugh at them than scream at what’s happening to them.

Horror is an intensely difficult genre to get right. You need to draw players in and immerse them in the experience to the point that they have an emotional connection to the game, and then hit them with things that are not just grotesque, but also deeply unsettling. Horror needs to engage the brain as it engages the more visceral reactions, and that’s very hard to do. Infliction: Extended Cut doesn’t get there. It’s simply too pedestrian and rote to really work.

Retro reflections: Remember when roguelikes could ruin you?