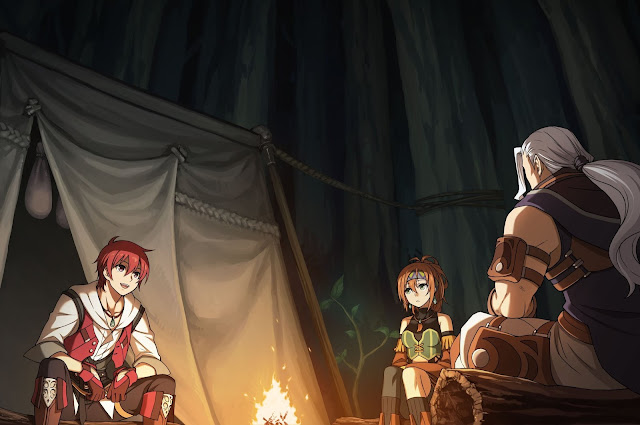 Within the JRPG circles, it’s a weird kind of blasphemy if you fail to enjoy a Ys title. People have a passionate attachment to this series… so kick back and watch me give praise to Baphomet, because I’ve never managed to quite get along with Ys: Memories of Celceta. It’s not reflective of my overall opinion on the series. I’ve never managed to actually review Ys VIII (bad timing each time it has released on something) but I quite admire that one. And it’s certainly not reflective of my opinion on Nihon Falcom, the glorious mob that gave me Trails of Cold Steel and Tokyo Xanadu. No. It’s just that I don’t much like Ys: Memories of Celceta, specifically, and while I find the PlayStation 4 port to be marginally more enjoyable than it was on its original Vita release, this is just not my kind of JRPG.

Related reading: For a different take on the game check out Clark’s review of the Vita original.

The biggest problem is that Ys: Memories of Celceta is one endless action slog. In fact, there’s very little to the game that doesn’t involve pressing forward endlessly, fighting a new wave of enemies every few steps, collecting the loot they drop, and then occasionally dropping back to town to trade all that loot in for more powerful equipment and other dungeon-crawling resources. The game’s sub-quest structure involves yet more killing (but of specific enemies this time), and the principle overarching goal is ludicrously simple. You’re tasked with exploring and mapping a dangerous forest while gradually recovering the memories of leading man, Adol, who is experiencing a bout of amnesia. Does the narrative become a little more complex later on? Sure, but by the time you know what’s fully going on it’s quite clear that the narrative isn’t the focus.

So focused is the entire game on that most traditional of JRPG loops that the very memories of Adol – the core characterisation and narrative conceit – are themselves an item that you find scattered around the world. They’re little glowing orbs placed around in similar locations that you’d expect to find a treasure chest, and each time you find one you can enjoy a little cut scene that gives us a snippet of Adol’s history. Now, Adol’s not exactly Cloud or 2B (or whatever other names jump immediately to mind when you think of distinctive JRPG protagonists), but he has held down the Ys series for quite some time now, and people do like him. Learning a bit of his story through Memories of Celceta is certainly worthwhile, but the way the game treats its most significant narrative bits in the same way that it treats healing potions and magic weapons tells you all you need to know about how important narrative is to this one. 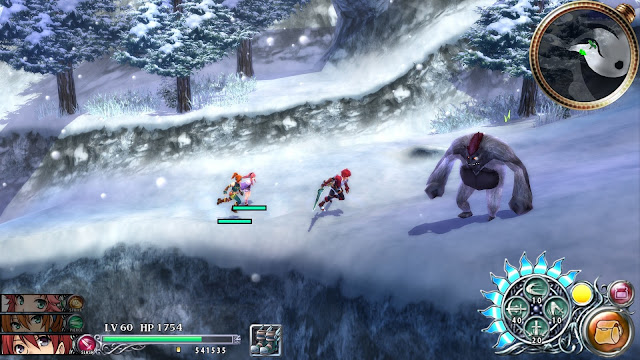 The other big problem with Memories of Celceta is that your goal is to explore the world thoroughly… but it’s not a particularly interesting world to explore. Environments are simple and the broken down into little “sections” with one or two different exits that you can take to determine your route. Each of these environments is so filled with monsters to fight that you’ll barely have a moment to think about what you’re exploring at the time, but I challenge you to look back on this game after you finish it and see if you remember any moment as having any particularly distinctive level design. I suspect you’ll not be able to think of anything. I certainly can’t, and I’ve played this thing twice now. If you’re going to make exploration core to the very experience, that exploration needs high-quality level design to evoke a sense of wonder at that exploration. It needs to be something like Dark Souls or Xenoblade Chronicles. Ys: Memories of Celceta was made for far more humble hardware than can run those games, of course, but that just makes the decision to go with this progression system all the stranger.

What saves Memories of Celceta and makes it highly playable is that combat system. It’s fast, frenetic, and super-streamlined, making it accessible and entertaining to just about everyone. It’s a pity that just about everything else in the game results in it being one that’s difficult to recommend to JRPG newcomers, because to look at the mechanics in isolation, this game would have been an ideal way of giving a newbie something they can connect with. Adol and his companions have a dodge button and an attack button, and for 99 per cent of the game, combat involves beating hard on one of those two buttons. Time a dodge right and you get a split moment where time stops to thunder down more attacks on the opponent. It’s difficult to time, but feels great when you string a couple together to dance around the opponent. Then there’s a super attack, though it tends to be slow to build up, and you’ll want to save it for when you go into battle with a boss monster, because those things will test your reflexes and ability to quickly learn and counter patterns.

Enemy designs tend to be interesting, too, with a good mix of highly armoured opponents, those that can cause a wide range of afflictions, speedy types and those with range. Individual enemies wouldn’t be particularly engaging by themselves, because the combat system is so basic, but they tend to be thrown at players in interesting combinations that add a kind of fast-thinking tactics to the action. The order in which you deal with enemies really matters in this one, and it’s all on you because, while you do have AI supporters as your party grows, they are dense and prone to do the exact opposite of what you’d like them to. You only have a limited number of options with which to control the behaviour of that AI, and you’ll realise soon enough that progress is completely on you. 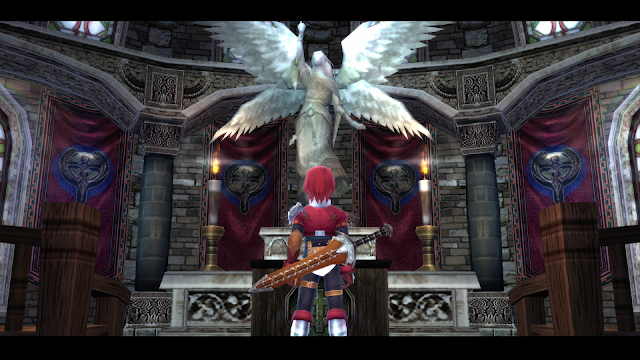 Everything else about Memories of Celceta is a delight. The aesthetics are gorgeous, with both the art and soundtrack combining to be simultaneously safe JRPG stuff, but also highly refined and appealing to genre fans. The upgrade mechanics for equipment is clean and streamlined, and that’s a great thing, since it means you don’t need to spend too much time getting bogged down by it. Finally, levelling up is pretty much out of the player’s hands. Ys has always been a series that offers a fair challenge, but not a complex one, and it’s surprisingly easy to play Memories of Celceta for long periods of time simply because that efficiency allows it to settle into a comfortable rhythm.

Ultimately, though, I play JRPGs for the narrative. I don’t necessarily need a great narrative – not everything needs to be Persona 4 or NieR: Automata. But I do need some kind of narrative focus, and with Ys: Memories of Celceta, that’s pushed so far to the periphery that I really struggle to connect with it as some others have. The action is great – it’s shallow, but that’s not a criticism when it’s this smooth and enjoyable – but I just can’t get past the lack of context.

The GREATEST traditional JRPG of all time is coming to PC