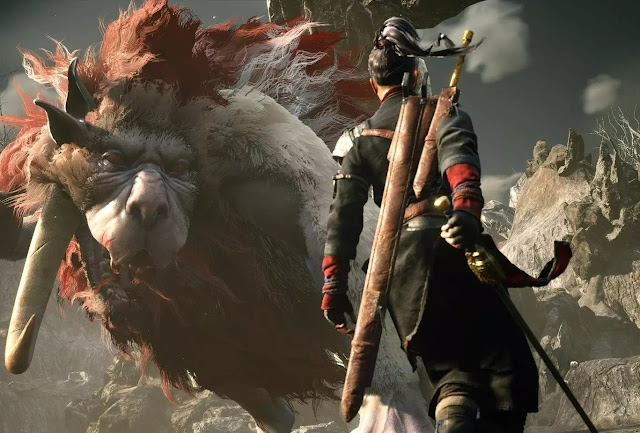 Softstar Entertainment has released a new gameplay trailer for its upcoming Xuan-Yuan VII. It’s due for release this year, and while this action-RPG does look a little clumsy in places, I am really digging the aesthetics and premise of the thing.

As the game’s description goes:

In the last of Western Han Dynasty, the powerful prime minister of China superseded his emperor and build a new dynasty called Xin. In this year, words appeared on the boulders, stone cattles appeared in fields, and ancient tombs cracked, tremendous signs appeared, told a time of peace and prosperity will come. A peculiar bamboo slip in the crypt of Marquis of Liu was delivered to Court Astrologer’s hand. Unexpectedly, Taishi Mansion was badly damaged by a bizarre fire that night, and all his family was killed in the fire and the bamboo slip disappeared.

Ten years later, the prosperity mentioned in the prophecy has never come. A decade of war and famine, the people were miserable, and the chaos had spread among the country.

At this time, the bamboo slip which had disappeared for 10 years emerged again, it caused an uproar…

It’s the kind of game that really appeals to me, taking us to a different place and time, and giving us a taste of a culture outside of the usual western (and even Japanese) mythologies and storytelling traditions. So, yes the frame rates seem a little stuttering and the combat system doesn’t seem to have the fluidity of a Dark Souls, but this game looks like it will have a character and charm all unto itself when it releases on PlayStation 4 and PC later this year.