Play as as Big Brother contestant from your smartphone!

If there’s one thing that everyone following me on Twitter knows, it is that I am a massive Big Brother fan. As a Canadian, I began watching with the very first episode of the very first US episode, and I’ve been hooked ever since. One thing I could never do is consider actually playing the game though, because quite frankly I’d lose my goddamn mind locked up with a bunch of people in a house that wasn’t my own. Soon, though, I can participate – without having to leave my home, or even get out of bed. 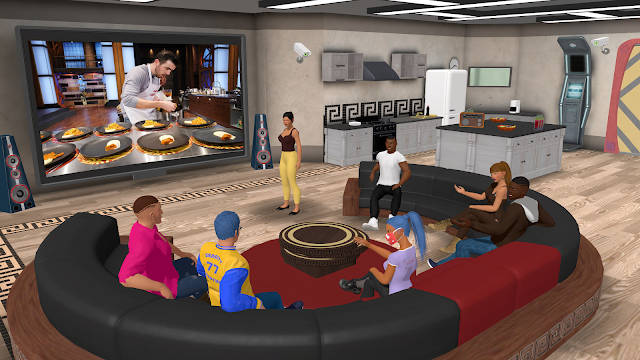 Endemol Shine Group is collaborating with developer 9th Impact to create the first globally interactive Big Brother mobile game. There have been local apps before, but this is something incredibly exciting for fans internationally. And if you don’t know how successful the game is internationally: it’s aired in 62 markets, with 7,153 competitors total. It was somewhat recently cancelled in the UK, but is still going strong in places like the US, Canada, Brazil, Italy, and Israel; it’s even being resurrected in Australia and will begin airing next month.

Big Brother: The Game will be available for iOS and Android later this year. There are two ways to play, as a housemate or a spectator. Spectator mode is free, but to become a housemate requires an in-app purchase. Make strategic choices and work your social game to be the last player standing in the digital house.

From Limited Run Games, Shantae And The Seven Sirens will be available physically for both the PlayStation 4 and Nintendo Switch. Pre-orders will open on May 15 at 10 a.m. EDT, or midnight of May 16 AEST. Pre-orders will be open for four weeks. There are two editions available, a standard edition and a collector’s edition (both available for both platforms). Shantae And The Seven Sirens is launching digitally for PC, PlayStation 4, Nintendo Switch, and Xbox One on May 28; it’s already available for Apple Arcade. 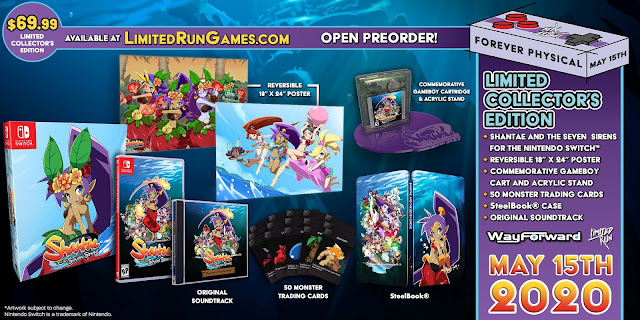 The collector’s edition will sell for $69.99 USD, and includes the game, a reversible 18×24-inch poster, a super cool commemorative Game Boy cart and an acrylic stand for it, 50 monster trading cards, the soundtrack on CD, and a SteelBook case.

Prepare to do a Willow Smith and whip your hair back and forth along with Shantae in her new adventure. Shantae And The Seven Sirens includes the familiar gameplay we all know and love, while also injecting new locales, friends, enemies, and transformations. This is also the first game in the series with animated cutscenes. Shantae is visiting a tropical paradise and befriends some Half-Genies, but of course things must go haywire as she gets wrapped up in the island’s sinister secrets and mysteries. The most diabolic of all her foes? The Seven Sirens.

Developed by Stone Lantern Games and published by PQube, 2D puzzle platformer Evergate follows a child-like soul named Ki as she journeys through the Afterlife. Here’s a trailer:

As Ki is on her journey, the player will discover her past across several lifetimes, as well as her connection with her Kindred Spirit. The game features a unique align-to-shoot mechanic, unleashing Ki’s Soulflame to solve puzzles, find lost memories, and save her Kindred Spirit. The 80+ puzzles are entirely skill-based, with the goal of reaching the gate at the end. Sometime complex routes will unlock power-ups.

Evergate will launch sometime this year for PC via Steam, PlayStation 4, Nintendo Switch, and Xbox One.

The Almost Gone has a release date set

Isolated and alone, you’re poised between life and death. You must dig beneath an ordinary suburban lifestyle to discover this contemporary tale by Joost Vandecasteele, where you’ll unravel the truths that led to your fate. Reveal objects and memories, and decipher them to understand the story and its secrets.

Forensically search your own home, deserted streets, apartment blocks, and abandoned hospitals for clues and to find the path ahead. There are five chapters to explore. Why are you trapped? Can you get home?