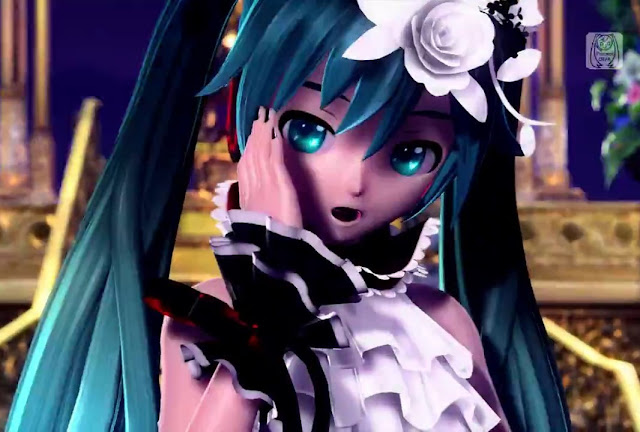 If you were like me and purchased Hatsune Miku Project Diva Mega Mix from the Japanese eShop store on day one, then you’ve been looking forward to the DLC drops that have been drip-fed in the months since. We’re up to our sixth DLC pack now, which lands on May 13, and will be the last (for now, anyway).

Related reading: Our review of the game from its Japanese launch

Like the other DLC packs, this set includes six new music tracks:

Of those, Knife and Kokoro are probably the best known (and best songs). Kokoro in particular is so iconic it’s amazing that it has taken so long to make its way to the game.

There will also be a couple of new costumes for Miku, Rin and Len. Sadly there’s no new Kaito, Luka or Meiko costumes this time around, but one of Miku’s – Breath With You – is so sexy that I’ll be distracted enough that I won’t even notice.

It’s a pity that this is the last drop. There are some songs that I think have been overlooked from either the arcade game or other Miku titles, and it would have been nice to see SEGA go a little further… but then again if this thing sells well when it lands in the west next week then they might be encouraged to do a second season pass or similar. It was certainly a hit in Japan.